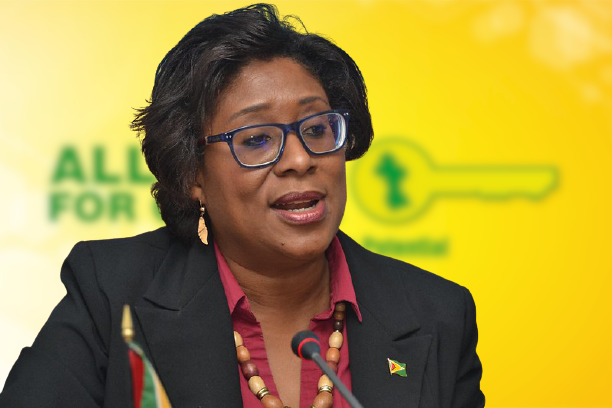 The Alliance for Change, part of the opposition APNU + AFC coalition, today called the government “heartless” towards civil servants by imposing a 7% pay rise over the past two years .

At a press conference today, AFC executive and MP Cathy Hughes said the government was keen not to hire the Civil Service Union because it was aware the union would reject a lower raise. at the rate of inflation.

Hughes also observed that the government’s decision to proceed with the 7% increase at all levels creates an unequal system where those at the higher end of the pay scale should benefit, while those at low income will not reap any real benefit from the increase..

“Adding only 7% to workers’ wages and exempting taxes from that increase is ruthless in this economic crisis – those with low incomes are those who need help the most and we should be focusing on them,” he said. said Hughes.

Low-income earners are expected to receive an average increase of $ 4,900 in their pay after tax.

The opposition MP said that with the current increase in the cost of living, the increase will be ineffective for many.

“The AFC calls for an immediate adjustment of the income tax threshold, this will allow low-income people to have more disposable income and a total revision of the income tax rate for all workers and especially to increase the minimum wage, â€he added. underlined the former Minister of Telecommunications.

Hughes recalled that the minimum wage has seen an increase of more than 70% over four periods under the coalition government.

The Guyana Public Service Union and the Guyana Teachers Union have both rejected the imposition of the pay increase, demanding that a better increase be granted. The government did not respond to any chatter from the two unions.