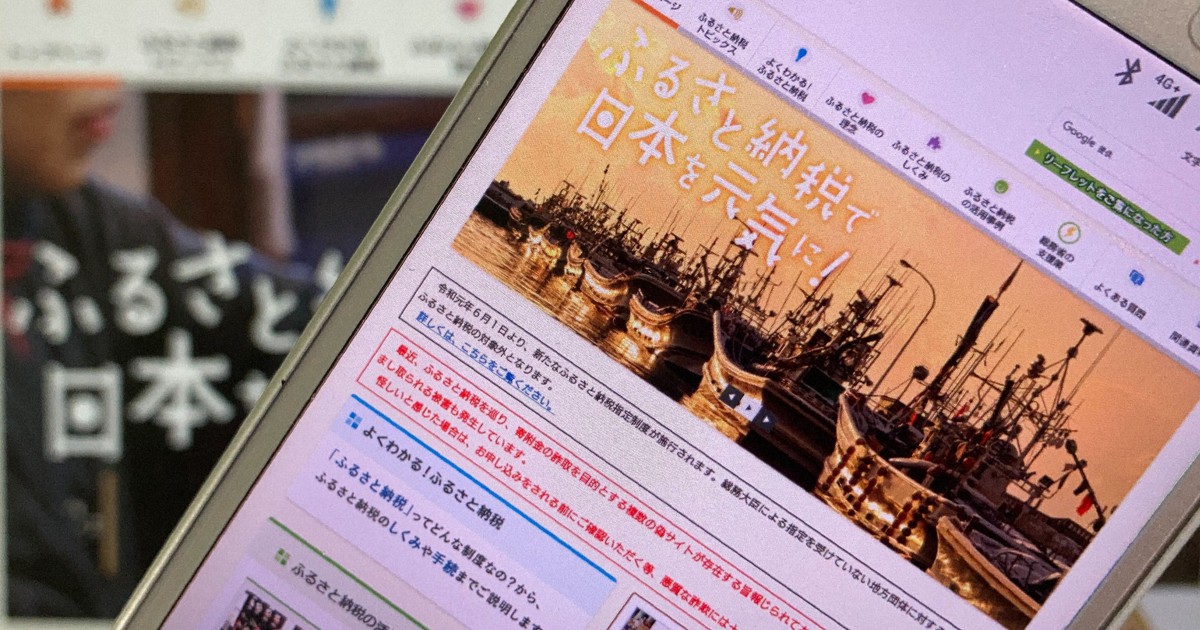 TOKYO – A survey by Mainichi Shimbun of the revenues of 1,741 municipalities from Japan’s hometown tax system in fiscal year 2020 showed that, excluding Tokyo municipalities and cities designated by ordinance nationwide, 23% – some 394 municipalities – operated the system at a loss.

The ‘hometown tax donation’ system allows taxpayers to donate to local communities of their choice in exchange for a reduction in their own local tax account, and local communities that receive the donations offer gifts in return. The system is based on the idea of â€‹â€‹revitalizing regional areas, but because communities compete for donations, contributions are concentrated in areas where donations are popular and the income of municipalities where many donors live decline. .

Based on documents released by the Ministry of the Interior and Communications in July, the revenues of each municipal government in fiscal year 2020 were collected by deducting lost tax revenues and expenses incurred to prepare the gifts. hometown tax and website management fees intermediary of the sums received. .

Across Japan, 471 municipal governments were in the red. Distributed by prefecture, six prefectures of the three large urban regions accounted for almost half: 57 in Tokyo, 47 in Saitama, 39 in Aichi, 30 in Osaka, 29 in Chiba and 20 in Kanagawa.

Although the program appears to be more or less meeting its goals of reducing the financial gaps between cities and regional communities, the 20 most generous municipalities in Japan in fiscal year 2020 accounted for 20% of the monies paid out. Many municipalities across Japan operate the system at a loss, with only three prefectures having no municipalities in the red. Some 30% of the local communities that run the deficit system are villages and towns, which operate on a smaller scale than towns.