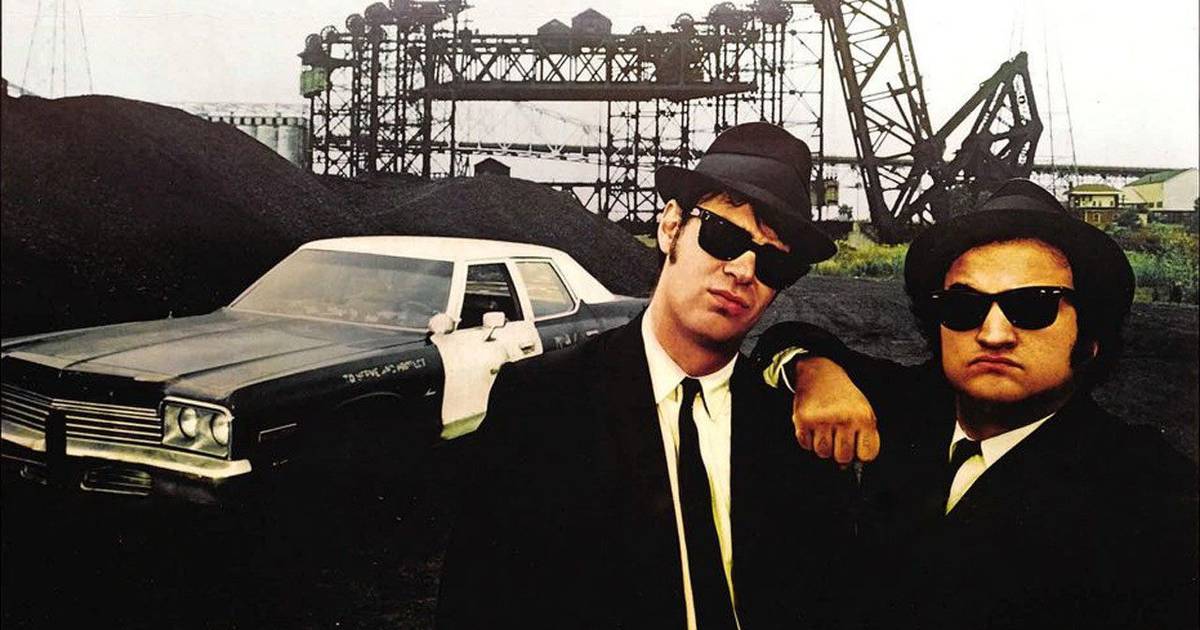 As fans of “The Blues Brothers” eagerly await an upcoming show at the old Joliet Jail, they might want to think about a glaring plot hole in the 1980 film.

Dan Aykroyd and Jim Belushi are due to perform a 90-minute set on August 19 in the historic limestone prison during a two-day festival. The film begins with the release of Joliet Jake Blues, a singer portrayed by the late John Belushi.

After Jake is released from prison, the first thing Elwood does is take him to the orphanage where they were raised. There, a nun known as The Penguin delivers bad news.

“The county conducted a tax assessment of this property last month,” she tells them. “They want $5,000.”

Hilarity ensues as the brothers get their blues band together and go on a mission from God to hold a benefit concert and raise money to pay the tax bill.

I was a sophomore at St. Ignatius College Prep in Chicago when the movie came out. At the time, the Sears Tower was the tallest building in the world. The people of Chicago were proud, and the film featured many of the city’s best films.

The plot came to me much later in life. For a journalist like me who has worked in the suburbs since the 1980s, property taxes are the bread and butter of local government reporting.

At one point, I wondered why should an orphanage run by a religious order pay property taxes in the first place?

This plot hole in no way diminishes my love for the film. It’s fantasy, after all. Actress Carrie Fisher plays a despised lover who blows up a building. A Ford Pinto wagon full of Nazis crashes into the sky. The Bluesmobile does a back flip. This is not real life.

Still, part of the story’s appeal is its Chicago setting which includes the old Maxwell Street Market, Wrigley Field, and other real-world locations.

“The Oriental Theater is in there, the Picasso, the Daley Center,” Cook County Treasurer Maria Pappas said. “It’s quite fun because you recognize the places. And the way they do the stunts is amazing.

Landis was the perfect choice to direct the film. He made action thrillers before computer-generated graphics took a lot of the fun out of filmmaking. “The Blues Brothers” had a big production budget that celebrated the excesses of the 1970s.

For years after the movie’s release, you might pass a junkyard on Archer Avenue and Route 83 near Lemont and see the hulls of dozens of wrecked police cars used in the movie’s classic chase scenes.

Belushi and Aykroyd shared comedic chemistry and perfect timing. One of my favorite parts is when the SWAT team members shout “hut, hut, hut” as they rappel outside the county building. It’s comic genius.

I wondered if it was just me or if someone else had ever considered the gap about a religious order having to pay property taxes. It’s more than a passing error. The whole movie is based on the premise of paying the tax bill to save the orphanage.

“What’s really funny about the movie is how confusing the property tax system is,” Pappas said. “The film, probably unbeknownst to the filmmakers, underscores this. The question becomes, where are you going to pay?

Most fans probably never thought about how the story diverges from real life. Near the end of the film, Jake and Elwood pay the tax bill at the office of the Cook County Assessor, played by Steven Spielberg. In fact, people pay their tax bills to the treasurer.

“The first notice you get about your property taxes comes from the assessor,” Pappas said. “So here are the guys paying the bill and they end up at the appraiser’s office.”

Maybe only people who work in the property tax system have ever thought of the conspiracy hole.

“By right they should have come to the treasurer’s office,” Pappas said. “But the treasurer is the last person in the system. It goes from the appraiser to the board of review, then to the appraiser, to the state of Illinois, to the clerk, then to me. I am the last in the process.

Of course, if the Blues Brothers didn’t have to race to Chicago to pay the tax bill in person before a deadline, the classic car chase scenes wouldn’t have been necessary.

“So here’s Belushi and Aykroyd and they’re driving and what are they saying? “Let’s pay the assessor,” said Pappas. “Which is really hysterical because when they come in to pay he has the receipt stamped the old fashioned way. Now what we have are electronic invoices that are automatically stamped. »

“The Blues Brothers” filmed Chicago at a magical time in the city’s history. Today, the story would be even less believable.

“What’s funny to me about the movie is that it was so long ago, the technology overtook the whole system,” Pappas said. “They wouldn’t even have entered that office. They would have been one of the millions of people paying online.

It is possible, although highly unlikely, that the authorities will require the payment of property taxes from an organization that would benefit from an exemption.

“There are 88,000 exempt plots in Cook County and most of them are owned by government or churches,” Pappas said. “There are quite a few. But you have to go through the state of Illinois to get this exemption.

News from the southern suburbs delivered every Monday and Wednesday

In real life, staff in the Treasurer’s Office would likely detect when taxpayers who are entitled to exemptions were billed incorrectly.

“We do this all the time,” Pappas said.

Perhaps the Blues Brothers characters could appear in an educational video that could help taxpayers navigate the complexities of Cook County’s property tax system.

“We’re on a mission to help you understand property taxes,” Elwood might say.

The Aug. 19 show at the Old Jail in Joliet is part of a two-day Blues Brothers Con festival that will feature live performances from fellow blues artists, food and other festivities. The festival will end on August 20 with a screening of the film.

Ted Slowik is a columnist for the Daily Southtown.