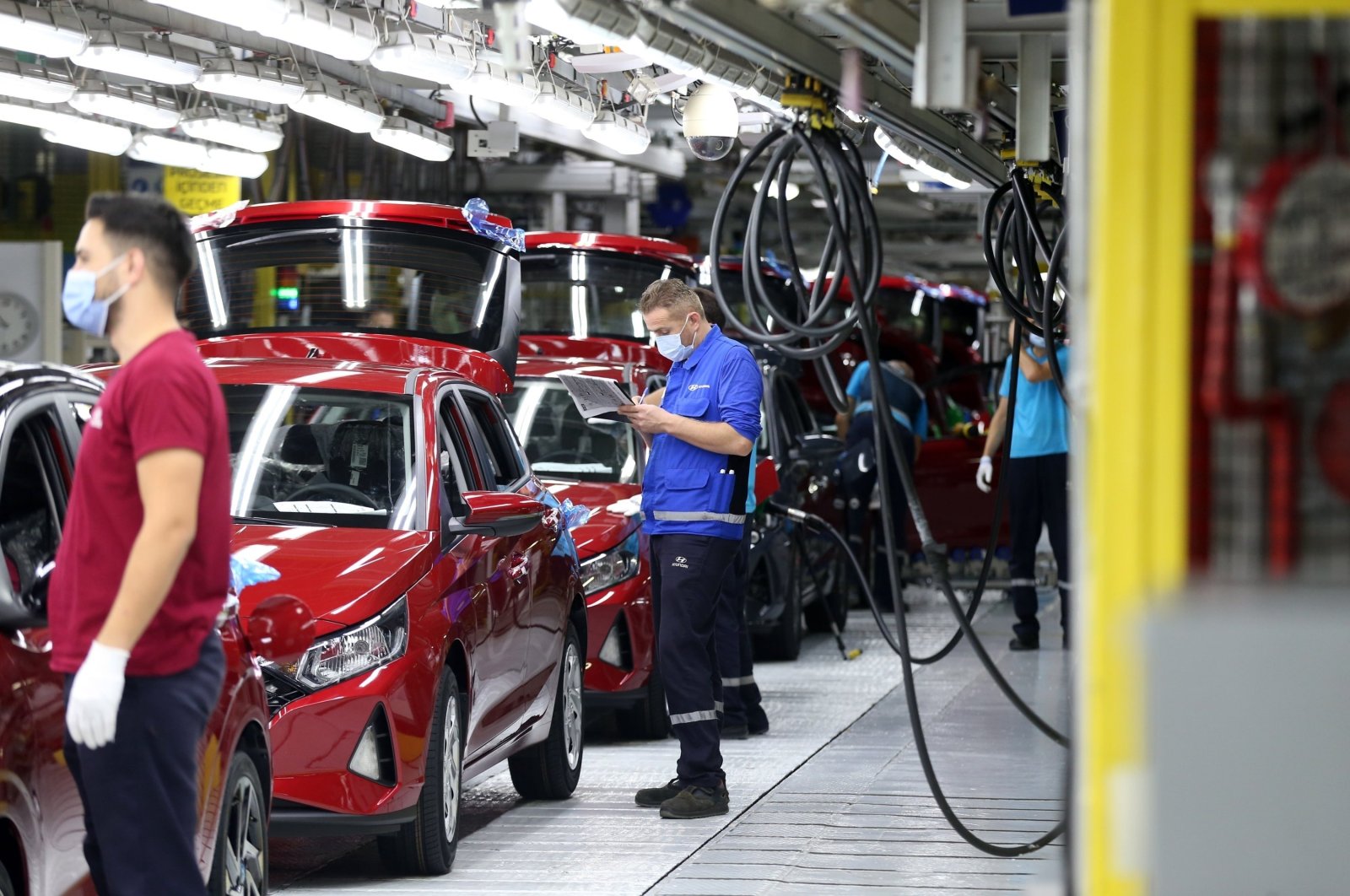 Chip crisis, solution of the tax system: the expectations of the Turkish automotive sector in 2022

The auto industry is on the verge of ending an “extraordinary” year, senior officials from major auto brands operating in Turkey said on Sunday, highlighting developments during the pandemic, relieving supply chains that have suffered a heavy blow. on chip shortage and exchange rate fluctuations as determining factors in 2022.

Turgay Mersin, president of the Association of Authorized Automobile Dealers (OYDER), told the Anadolu Agency (AA) that the production and supply problems, the deterioration of the supply-demand balance, the fluctuating rates exchange rates and interest rates were factors that had an impact on the year-end close. industry figures.

The year is expected to end at levels below or very close to last year in terms of total sales, Mersin said, noting: â€œWe were on track to 1 million unit sales at the start of this year. the year, but by the end of November, it was around 675,000. To catch up with and exceed last year, we still have 100,000 units to sell. However, it seems difficult to reach this figure due to problems on the supply side. “

Mersin also highlighted the urgent need to update the Special Consumption Tax (SCT) system, as around 90-95% of vehicles sold now belong to the 80% segment of the SCT due to rising price increases. still consumption costs.

The main reason why price hikes based on the exchange rate in Turkey are affecting the industry is the current SCT system, according to industry representatives, who say that even a small price update based on the rate of exchange may increase the vehicle’s tax bracket by 50%. at 80%, which makes the rate of increase very high.

For example, after the recent price hike, many models that were in the 50% TBS range have moved up the segment. This means that a tax difference of 60,000 TL ($ 5,610) is added to the unit price. The number of vehicle models in the 50% SCT segment remained below 20 with the latest change.

Regarding expectations for the coming year, Mersin said that â€œif the supply problems improve, the market will not experience a significant decline in terms of numbers. However, if the costs continue to rise due to the rapid and upward multidirectional and variable movements of the exchange rates, there will be a contraction in demand, as these increases will be passed on to the price. “

Bozkurt said that production and availability issues among some groups of spare parts, due to the disruption in the supply of materials used in production, and issues in the logistics industry have had a huge impact. on the supply-demand balance, adding: â€œThis was a problem encountered not only by factories producing in Turkey but also by all factories producing in the world and reflected on all brands.

He said the Turkish auto market can expect around 1 million unit sales after the expected SCT assessment, and “if there is no problem with vehicle availability.”

“Despite all of these negative conditions, the market could end the year at a level lower or very close to last year,” he said.

However, making a forecast for 2022 is proving difficult, Bozkurt said, given that uncertainties induced by the pandemic could persist, namely the lack of supply for some spare parts, the chip crisis and disruptions to logistics services. .

â€œSo our industry is taking a cautious approach. If the chip crisis is overcome and the SCT scales are updated without delay, I predict that sales in 2022 will be at the same level as in 2021. Moreover, exchange rates and interest levels are also very determining factors. Rates need to be predictable rather than high, â€he said.

Turkish-French joint venture Oyak Renault chief executive Berk CaÄŸdaÅŸ said that for a while in 2021 it looked like a throwback to the first year of the pandemic in 2020 due to the chip crisis dominating the world. sector agenda and high exchange rates in Turkey.

Ã‡aÄŸdaÅŸ said that despite consumer demand in September, there were significant drops in October and November due to the availability issue caused by the chip crisis.

Ã‡aÄŸdaÅŸ added that they do not anticipate the year-end trend the industry is used to in December, noting: “We are keeping our market forecast at 740,000 for the end of the year, slightly below from last year.”

He went on to say that “many manufacturers say the chip crisis will continue to be at the top of the industry agenda in 2022”, and that although the supply issue makes it difficult to predict, they “will continue to be on the top of the industry agenda in 2022. to work to meet the demands of our consumers by maintaining our cautious and optimistic attitude, depending on the evolution of exchange rate volatility. “

â€œAn update of the SCT tax brackets in the new year will prevent the cost burden brought by rising exchange rates from being reflected on the consumer,â€ he also said.

Murat Berkel, chief executive of Hyundai Assan, a joint venture of Turkish Kibar Holding and Hyundai, said the chip crisis is expected to have lingering effects in 2022, at least in the first half of the year.

â€œPotential supply disruptions, fluctuations in exchange rates and the inability to ensure the stability of the economy can lead to changes in the market balance from time to time. These variations during the year may cause the market to fall below expected levels. However, we can predict that the market will not stay below this year when conditions are favorable, â€Berkel said.

Honda Turkey Deputy General Manager BÃ¼lent KÄ±lÄ±Ã§er said 2021 will be remembered as an “extraordinary” year for the industry, describing it as a successful year for the company.

KÄ±lÄ±Ã§er said demand, which started to increase with the growing need for mobility during the pandemic, gained momentum once cars started to be seen as an investment tool again; However, he recalled that 2021 will be remembered as a year in which supply has gradually declined due to the industry-wide chip crisis and rising commodity prices.

While production has declined globally, he said, pricing difficulties were particularly acute in Turkey due to volatile exchange rates and TBS base limits.

Noting that increases in sales of hybrid and electric cars are significant in such a volatile year, KÄ±lÄ±Ã§er commented on his expectations for 2021, noting that to increase consumer access to automobiles, â€œconditions such as price stability, l Access to auto loans, interest rates and TBS basic regulations need to be improved.

â€œThe course of the deterioration of the supply chain is also a very important factor. We must not forget that at least the first half of 2022 will be lived in a highly inflationary environment. Based on all these facts, the best scenario for next year will be for the sector to catch up with the production, export and sales figures achieved this year, â€he said.

What are the disability income limits for 2022?