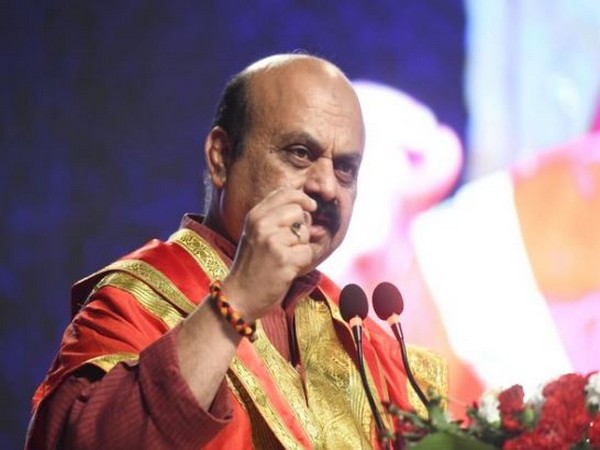 Bengaluru (Karnataka) [India]Jul 1 (ANI): Karnataka Chief Minister Basavaraj Bommai on Friday presented the Chief Minister’s Awards organized by the Trade Tax Department and said the state is handling the GST tax system skillfully.
The Chief Minister was speaking at a ceremony to celebrate GST (Goods and Services Tax) Day.
“Karnataka is at the forefront of adapting to the change in tax regime. This has been made possible through the expertise of officers and adoption of technology. GST was introduced after much deliberation with all states for more than 10 years by then Union Finance Minister Arun Jaitley,” Bommai said.
He also pointed out that the southern state had sought to maintain fewer tax slabs.
“Wanting to maintain a lower number of tax slabs, we decided to have 3 slabs and a special slab,” he added.

Emphasizing the principles of taxation, he said, “There are certain principles in taxation. It must be targeted, it must be affordable, and it must be responsible and fair. There will be no resource mobilization problems if we follow these principles. ”
Recalling his first budget after the Covid crisis, Bommai recalled how he managed to raise additional resources without imposing an additional tax burden by ensuring better compliance. “In 6 months, we exceeded the target of Rs 15,000 cr and around Rs 7,000 cr came from GST,” he said.
“It is equally important to show greater responsibility in spending tax revenue as it is the common man’s hard-earned money,” he stressed.
The nation celebrates July 1 as GST Day is observed on July 1 to commemorate the implementation of the Goods and Services Tax (GST) which replaced the old indirect tax regime in the country.
The day was first celebrated on July 1, 2018, the first anniversary of the implementation of the tax system. (ANI)