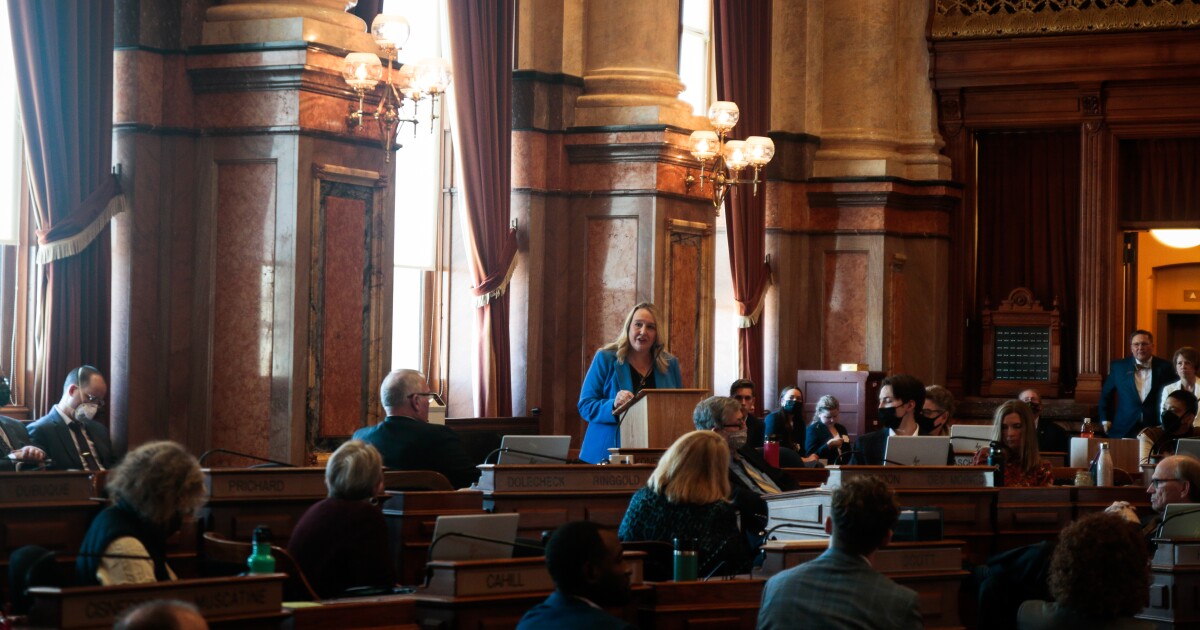 Iowa House and Senate Democrats on Thursday proposed their own tax plan that they say will benefit Iowa’s workers and middle class.

She said Democrats want to increase the amount of the Child and Dependent Care Tax Credit, which is currently available to taxpayers earning up to $90,000 a year. They also want to remove the “cliff effect” of credit, allowing people to phase out receiving this credit as their income increases.

The second part of their plan would double the earned income tax credit for low-income Iowans. According to Konfrst, a single mother with three children and two jobs could get an extra $6,660 each year.

“We believe we need to support the workers of Iowa who are the backbone of our economy with lower costs and lower taxes rather than what Republicans want to do which is support the super rich and corporations. who continue to get richer while Iowans are left behind,” he said.

Democrats say they don’t yet have an estimate of how much these changes will cost the state.

Because the Democrats are the minority party and do not have control over the Iowa Capitol’s legislative agenda, they plan to introduce these proposals as amendments to Republican tax plans.

“At this point, I think our focus is going to continue to be on the personal income tax side with these two retirement pieces of the governor’s bill,” Grassley said.

Governor Kim Reynolds said her tax plan will make the state more competitive and that Iowans with more money in their pockets thanks to her lower tax plan will help fuel economic growth.