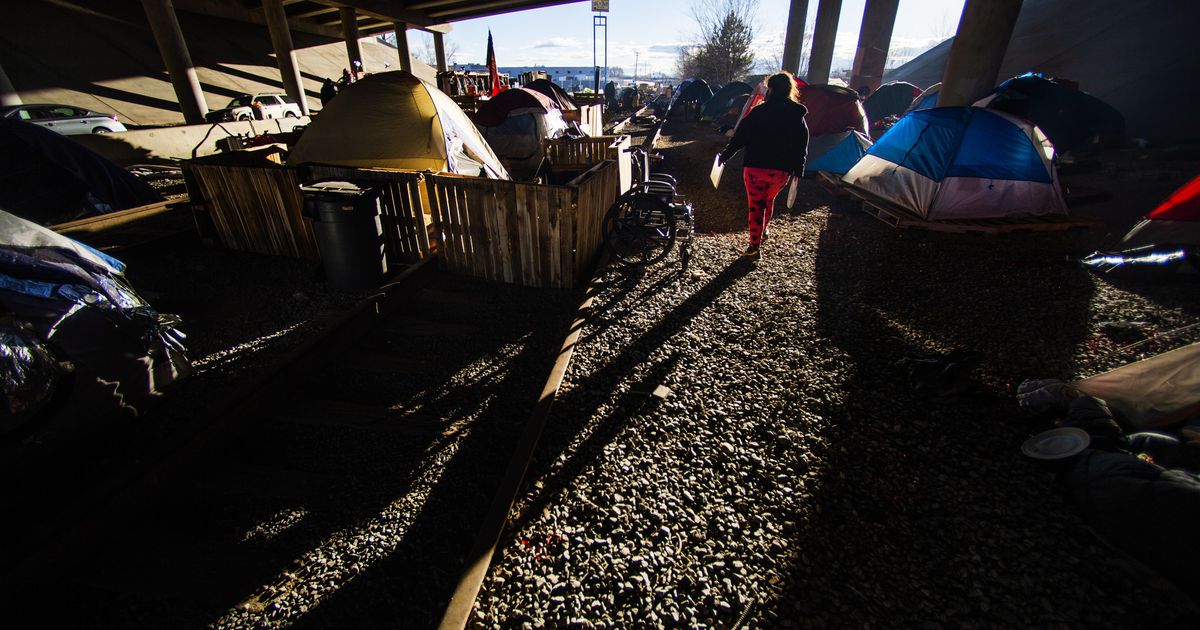 Instead, let’s invest this $79 million in the needs of our community.

(Rick Egan | The Salt Lake Tribune) Camp Last Hope, was built on abandoned railroad tracks, under the highway for shelter from rain and snow. Tuesday January 5, 2021.

Utah has too much money. Wait what?

Senate Bill 59, a bill sponsored by Sen. Evan Vickers, originally proposed to cut Utah’s income tax rate from 4.95% to 4.9% for corporations and individuals, a decision that would reduce state revenue by $79 million a year. The bill was amended by Senator Dan McCay to further reduce the rate to 4.85% before it was passed by the Senate.

The bill has a lot of support, but is it in the best interest of our community?

Speak Utah Constitutionincome tax revenue can be used for three things: public and higher education, children and people with disabilities.

The original plan would have put $25 back in the pocket of someone with a taxable income of $50,000. I can’t take my family to Chick-fil-A for $25. Yet this kind of money can bring lasting change to a situation that has plagued the Wasatch Front for decades and recently reached what many call a state of emergency: homeless encampments.

The state is committed to ending homelessness. However, urban homeless camping is at its highest along the Wasatch Front, especially in downtown Salt Lake City. The system refers to these people as the “homeless homeless population,” a term that whitewashes their plight. I prefer to use real words: they are homeless in intolerable and inhumane conditions.

Some have meager belongings, some have a tarp or a tent, some have a car or a motorhome. All live in unsanitary, unhealthy, dangerous and emotionally traumatic conditions. Most have disabilities and all are in a constant state of crisis which can cause and exacerbate disabilities like anxiety, depression, PTSD, diabetes, heart disease, lung disease.

Whatever the reason people sleep (mental illness, personal choice, full shelters, no-go shelters, to name a few), they pose a danger to themselves (such as dying from cold) and a host of problems for our community. Telling them to get up by their bootstraps doesn’t work; the same goes for cleaning their sites and moving them.

Tiny homes are all the rage, and Salt Lake City and the state are lending themselves to a 37-acre project on municipal land that will provide a permanent housing solution for 430 people in a few years. We’re talking about building more shelters.

However, we urgently need a solution to the crisis to get people off the streets today. A campground is a compassionate, viable, cost-effective, and relatively easy-to-implement solution. It allows people to retain some independence and will significantly improve the town center for residents and visitors alike. (I personally don’t care how prison-like the “sanctioned campground” sounds. To me, it’s just camping with extra supervision and supports).

For well under $79 million, we could find land (perhaps city-owned land), bring together community members who are already working on camping solutions, and quickly install cost-effective infrastructure like restrooms and portable showers, durable tents and Quonset huts for shelter, offices and catering. Under a two-year plan, permanent infrastructure, such as RV hookups, solar panels, a full kitchen, and permanent toilets, showers, and offices can be installed. Approximately $15 million per year will fund ongoing operating costs and high-quality case management services to move people to more stable housing.

I know, it’s easy to imagine the worst and a lot of people will say, “Not in my backyard. But we have to do something. Architects can design the campground to look good on the outside and inside, feel uncrowded, and keep campers, staff, and the surrounding community safe. We can implement best practices from similar programs across the country.

Will it be a perfect solution? Of course not, there is no perfect solution. But it will be infinitely better than the very visible and disturbing status quo. In fact, our program could become a model for other communities.

Other needs go unmet, from education to air pollution.

Would you rather get a few bucks back or see Utah invest in a lasting solution to our homeless camping problem? Add to the conversation. Better yet, write a respectful email to your senator and state representative (find them at https://le.utah.gov), and do good.

Kim Correa, Murray, is an advocate for homeless and community services.