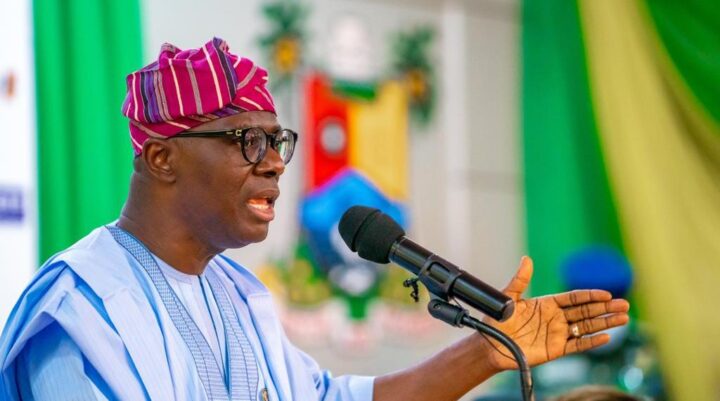 Babajide Sanwo-Olu, Governor of Lagos, called on the Joint Tax Board (JTB) to extend its scope beyond personal income tax (PIT) to other tax areas.

JTB is the supreme body of all tax authorities in Nigeria.

Sanwo-Olu, represented by Rabiu Olowo, Lagos State Commissioner for Finance, also stressed the need for an annual enactment of the finance law to align it with current economic realities.

He said the essential role that JTB members play as individuals and collectively in fulfilling the social contract that strengthens democratic governance is as important as the existence of the country itself.

â€œI implore the Joint Tax Board (JTB) to extend its scope beyond personal income tax to other types of taxes. While I recognize that some of the existing legal or constitutional provisions do not fall within the jurisdiction of the JTB for review or modification, allow me to say that it is very crucial that your unshakeable voice (JTB) be heard in defending the process of change, â€he said.

â€œYou are one of the most important stakeholders on this journey towards a truly fair, equitable and efficient national revenue collection system.

â€œAs part of this retreat, therefore, I urge you to deliberate and find practical solutions on the critical issues of revenue and fiscal federalism, especially with regard to stamp duties, lottery regulation, federal / state tax jurisdiction and the issue of value added tax, of which I am aware, is currently pending.

â€œA step in the right direction for the Country, which should be emphasized, is the annual promulgation of the finance law. It aims to review and update all existing federal financial / tax legislation and align it with current economic realities and global best practices.

“I hope and expect that the finance law will be maintained and that it will gradually have a considerable positive impact on the state of our national and sub-national finances and on fiscal relations between the different levels of government. “

Sanwo-Olu also said that the Lagos Inland Revenue Service (LIRS), since 1999, has undergone the most significant tax administration reforms of any subnational government in Nigeria.

â€œLagos is by far the largest contributor to national non-oil revenue, through corporate tax, VAT (almost half of valid transactions take place in Lagos State), customs, port fees, etc. This is to be expected from three of the most populous subnational entities in the country and also the largest shopping center, â€he said.

â€œHowever, in the subsequent redistribution of resources, we see no reflection of the contribution of Lagos State. Our part in this redistribution ignores the demographic and infrastructural burdens and pressures that come with being the nation’s economic nerve center.

“This state of affairs is what forced the state, under the visionary leadership of Asiwaju Bola Ahmed Tinubu, to embark on a transformational reform of its internal revenue process, within the framework of the law.”

In his remarks, Muhammed Nami, chairman of the JTB, represented by Mohammed Abubakar, coordinating director of the Federal Inland Revenue Service (FIRS), said that the theme of the meeting, “Optimizing technology for efficient administration of stamp duties and Road Taxes in Nigeria â€has been carefully selected to explore innovative ways to administer the two types of critical taxes in the country.

Speaking earlier, Ayodele Subair, chairman of the Lagos State Internal Revenue Service (LIRS), in his welcoming speech spoke of the need for the board to continue to effectively discharge its responsibilities for global growth.

“Much more financial resources are needed to enable us to acquire and maintain uninterrupted supplies of electricity and water, better education, better security of life and property, better road and drainage networks. and other basic amenities that citizens crave. ,” he said.

Our tax system must work for all Nigerians, says Nami