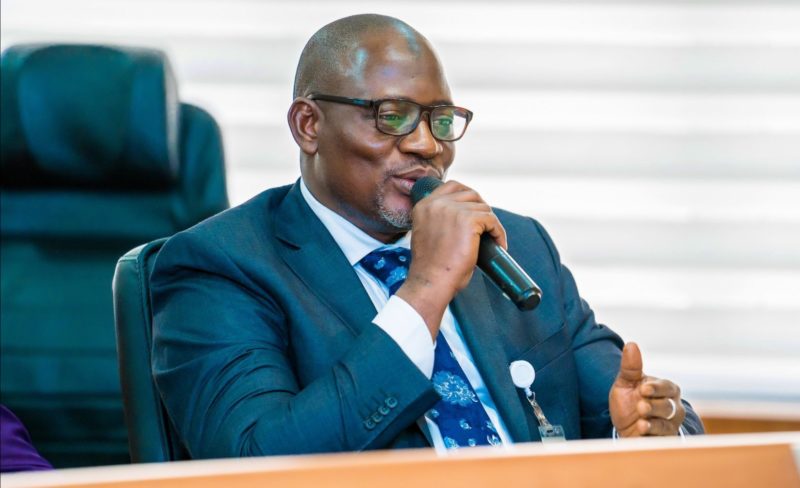 This was the position held by the FIRS boss during his opening remarks at the launch of the Public Finance Database by the Nigeria Governors Forum at the Wells Carlton Hotel, Abuja.

The FIRS boss also called on the government to make a bold paradigm shift by harmonizing the country’s tax system to optimize tax revenue collection.

Nigeria operates a decentralized tax system where each level of government is independently responsible for tax administration within its jurisdiction.

Nigeria generates revenue to finance public expenditure through a pool of taxes from each level of government.

But Nami, according to an FIRS statement, said Nigeria needed a transition to a unified tax administration as practiced globally by most efficient and effective tax jurisdictions that have achieved optimal revenue collection. tax.

He argued that if Nigeria were to be less dependent on external borrowing and cushion the volatility and decline in oil revenues, there should be a paradigm shift.

Beyond politics and sentiment, Nami said the country should be ready to make these bold and tough but beneficial tax reforms, noting that there is no better time than now to implement them in order to avoid the looming debt crisis.

He said: “Recently there have been calls for a holistic review of our tax system. Its proponents, myself included, argue that if Nigeria is to realize its tax revenue potential as a hub of economic development, a harmonization of our tax system must be undertaken.

“Tax Harmonization for Better Revenue Generation, which was the theme of the 2nd National Tax Dialogue, was carefully chosen to reiterate the need for us as a nation to rethink the current tax system.

“There was a consensus during the dialogue that Nigeria needed a transition to a unified tax administration as practiced globally by most efficient and effective tax jurisdictions that have achieved optimum revenue collection. tax revenues.

“Certainly, it is undeniable that if Nigeria is to be less dependent on external borrowing and protect itself from volatility and declining oil revenues, there should be a paradigm shift.

“Beyond politics and sentiment, the country should be ready to make these bold and tough but beneficial tax reforms and there is no better time than now, if we are to avoid the debt crisis that is coming. profile The gains of a harmonized tax system far outweigh the fears expressed in some circles, if analyzed dispassionately.

He added that when governments deploy tax revenue for the common good of citizens, there is a concomitant increase in tax compliance by citizens who see direct benefit from the taxes they pay.

Nami argued that the low compliance tax rate in most developing countries was the result of the failure of the social contract between taxpayers and government.

He noted that the country’s political leaders have a duty to promote a culture of paying taxes by linking the projects and infrastructural developments carried out by them to the taxes paid by the taxpayers.

He said: ‘Taxpayers need to see what has been done with their money to be encouraged to keep paying their obligations under the social contract they have with the government.

“I’m glad that one of the sessions is focusing on service tax programs because they have an impact on tax revenue. This issue is close to our hearts as tax administrators, because there is a link between the efficient use of tax revenues and tax compliance.

“The low level of tax compliance in developing countries can be attributed to the failure of the social contract between taxpayers and government. It is expected that if citizens pledge to pay taxes, the government pledges to use taxes for the common good of all citizens.

The FIRS boss further argued that projects funded by the taxpayers’ fund should be flagged as such and not personalized so that citizens start associating these projects with their tax proceeds.

“Political leaders should promote the culture of paying taxes by associating the projects and infrastructural developments carried out by them with taxation.

“Government at all levels does a lot with taxpayers’ money, but citizens don’t easily appreciate these facts because of the way projects are reported.

“There is a need to downplay and depersonalize projects so that citizens begin to tie all laudable projects going on in states to tax revenue. This singular act will greatly increase tax morality and improve compliance.

Husband refuses to share details of gross income/net taxable income. Wife Gets It Via RTI – Here’s How