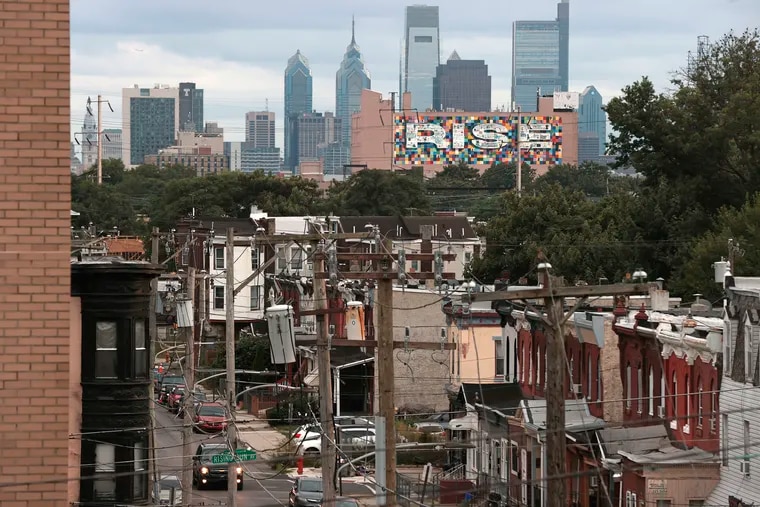 Philadelphia’s latest property reassessment represents “a key moment” for Philadelphia, according to a new report from Pew Charitable Trusts, with the city’s combined property value reaching $204 billion, up from $168 billion just three years ago. .

The report comes amid controversy over the first citywide reassessment in three years — and landowner frustration over the resulting tax hikes. Public opinion of the city’s property tax remains low, with residents ranking it in a Pew poll as one of the most unfair taxes. Among major cities in the country, Philadelphia has one of the highest homeownership rates – both in general and among low-income homeowners in particular.

Despite ongoing problems with the city’s property tax system, revenues are booming.

Annual revenue from property taxes has skyrocketed from just over $1 billion in 2010 to over $1.6 billion in 2021, a period during which the city has implemented four rate increases and multiple reassessments that have resulted in increased tax bills for many homeowners.

Property tax revenues are split almost equally between the city and the Philadelphia School District. But overall, Philadelphia is much less dependent on property taxes to fund its operations than Boston, New York, Washington, Chicago, Detroit, Houston, Columbus, Baltimore, Atlanta or Pittsburgh.

Over the past decade, property taxes have consistently contributed about 15% to Philadelphia’s general fund, which funds most government functions. By contrast, in 2020, seven other cities relied more than Philadelphia on property taxes to fund similar services, including Pittsburgh at 27.1%.

Instead, Philadelphia turns to its payroll tax to fund city government. Taxes on payroll, earnings and net profits accounted for 43% of the general fund in 2021.

Cities tend to rely heavily on property tax because it’s a more reliable source of revenue, especially during the pandemic when payroll taxes were more unpredictable, according to the Pew report. Cities that derive more revenue from property taxes can therefore be more resilient economically.

Despite paying relatively low property taxes, Philadelphians bear a relatively high household tax burden compared to comparable cities, the researchers found. That’s because Philadelphia levies taxes that other jurisdictions don’t use or set at much lower rates, like the oft-criticized payroll tax.

Citing research by a Washington analyst, the report says that for a family earning around $50,000 in 2019, only three comparable cities — Baltimore, Chicago and Detroit — would tax a higher share of their income than Philadelphia. (Pittsburgh was excluded from this analysis because it only looked at the largest cities in each state.)

More … than two-thirds of Philadelphia’s land parcels are residential properties, similar to Chicago and Columbus, Ohio.

Why the difference? Philadelphia is bound by the Uniformity Clause of the Pennsylvania Constitution, which states that all properties – residential or commercial – be taxed at the same rate. In the case of Philadelphia, that number is 1.3998%.

In contrast, Chicago, Boston, and Washington set a lower tax rate for residential properties than all other property types. This is also true for “single family homes and small apartments” in Columbus and New York.

Besides Philadelphia and Columbus, only Atlanta and Baltimore see residential properties generate more than half of the city’s property tax revenue.

Rather than varying the tax rate based on property type, the city operates a number of exemption programs to reduce the tax burden for certain property owners.

In the last fiscal year, 32% of properties in Philadelphia were tax exempt. Most untaxed land is government buildings, churches, public spaces, nonprofit hospitals, and other nonprofit civic institutions.

But tax relief programs — like the popular homestead exemption and the controversial 10-year tax abatement — also contribute to the $54.5 billion worth of untaxed property, Pew said.

More than 260,000 properties are enrolled in tax relief programs across the city. Of these, the abatement accounted for almost half of the exemptions, while residential assistance programs such as the Homestead Exemption or the Elderly Tax Freeze accounted for the other half.

All Philadelphia homeowners can take advantage of the property exemption for their primary residence, making it the most popular tax relief option in the city. This reduces the taxable portion of owner-occupied properties by a fixed amount – which went from $30,000 in 2014 to $80,000 for the 2023 tax year.

Pew found that the newly increased homestead exemption benefited people living in low-value homes the most, in some cases reducing their tax rate by 75% or more.

Philadelphia’s average property tax bills were the second lowest among peer cities surveyed by Pew – and that’s partly down to the city’s ‘relatively generous’ exemption of $45,000 at the time of the study.