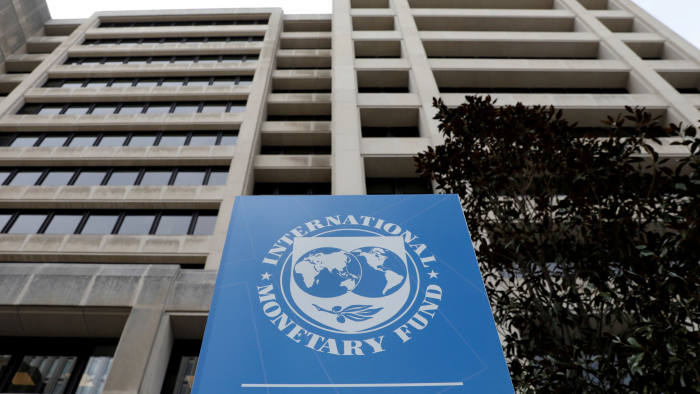 
Any future International Monetary Fund (IMF) program in Sri Lanka should protect the human rights of low-income people and tackle corruption and entrenched obstacles to the rule of law, Human Rights Watch said in a letter to the IMF.

The economic crisis in the country has caused severe shortages of essential goods, including medicine, a crippling lack of fuel and electricity, spiraling inflation and desperate hardship for millions of people.

On March 31, 2022, the IMF confirmed that it would soon begin talks with Sri Lanka about a possible loan program. The country’s major economic problems have in recent weeks led to growing protests in Colombo, the capital, and across the country, underscoring the critical need for IMF support. President Gotabaya Rajapaksa declared a state of emergency on April 1, then imposed a 36-hour curfew and blocked social media to try to curb protests, in which dozens of people were arrested. The government should respond to protests in accordance with international human rights standards, which prohibit the use of unnecessary or excessive force.

“The protests rocking Sri Lanka are a clear message about the economic situation for many people,” said Sarah Saadoun, senior poverty and inequality researcher at Human Rights Watch. “The IMF and the Sri Lankan government should reach an agreement that supports people’s ability to afford the necessities of life and addresses the issues underlying the current crisis.”

In February, the IMF released an Article IV report, which includes policy advice on how the Sri Lankan government should deal with the current crisis. The report presented a major fiscal consolidation plan, achieved in part by raising income and value-added tax rates, removing energy subsidies and “streamlining” the public wage bill. He acknowledged that these adjustments would have negative effects on low-income people and said the government should mitigate the impact by strengthening social safety nets “by increasing spending [and] expansion of coverage.

The IMF and the government should prioritize ensuring adequate investment in social protection programs before making adjustments that would raise the cost of living, Human Rights Watch said. The World Bank estimates that 11.7% of people in Sri Lanka earn less than $3.20 a day, the international poverty line for lower-middle-income countries, up from 9.2% in 2019. The World Bank also assessed that “[l]Less than half of the poor were beneficiaries of Samurdhi”, Sri Lanka’s social protection programme, “and the benefit amounts remain largely insufficient”.

As inflation hit over 18% in March, severely compounding the economic woes, the value of the Sri Lankan rupee fell rapidly, making imported basic necessities including medicine, sanitary products, food and fuel, scarce or unaffordable for many people.

Recent government decisions raise concerns about whether sufficient funds will be allocated for social investment. In the 2022 budget, the Ministry of Defense received the highest allocation at 373.1 billion rupees (then $1.86 billion), an increase from the previous year, amounting to 14 .89% of total expenses. The Ministry of Health received less than half of that sum, 158 billion rupees (then US$790 million), a decrease from the previous year despite the Covid-19 pandemic. Parts of the defense budget are excluded from civilian oversight, including intelligence services that have been implicated in serious abuses. These include surveillance and arbitrary arrests of families of rights victims and civil society activists.

In recent years, the IMF has given increasing importance to the fight against corruption, recognizing that “[e]Entrenched corruption undermines sustainable and inclusive economic growth. It is particularly urgent for the IMF to include reforms to fight corruption in Sri Lanka. The Rajapaksa administration, which took office in 2019, has repeatedly acted to block financial transparency and accountability by weakening independent institutions and intervening to prevent investigations and prosecutions in high-profile cases.

The 20th Amendment to the Sri Lankan Constitution, passed in 2020, undermined the independence of the judiciary, as well as key institutions including the National Audit Office and the Commission to Investigate Allegations of Bribery -wine or bribery. Many significant corruption cases have been withdrawn by the commission or the attorney general, or dismissed by the courts.

The Rajapaksa administration has aggressively sought to suppress civil society through intense surveillance of activists and nongovernmental organizations, thereby reducing the public’s ability to hold the government to account.

Human Rights Watch’s recommendations to the IMF include:

“Sri Lanka needs economic assistance, but to be effective, the IMF program must be firmly negotiated and properly executed,” Saadoun said. “Reforms should alleviate people’s economic hardship, not exacerbate it.” (Colombo Official Gazette)

No income tax? No thanks.