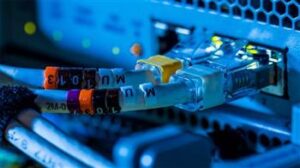 Mexico City, April 21 (Prensa Latina) The head of Mexico’s Tax Administration Service (SAT, in Spanish), Raquel Buenrostro, admitted the massive looting of data with the intervention of at least 40,000 people who weren’t have not been fully identified.

In statements to reporters, the top official revealed that this overwhelming number of people have access to SAT systems, and in order to reduce this failure of third party access to data, they are spending more money on the technology.

She explained that they had found three cables coming out of the SAT servers directly to non-governmental institutions, that is to say that the theft was not due to the use of the well-known USB key or a tax consultant who is there in the office, but through these three cables connected in the servers.

She explained that at that time 35,000 user ports had access to all SAT information and it was not known who they were, they were under pseudonyms “patito1, patito2, sinvergüenza2”, quipped Buenrostro.

Most of the agency’s technology has been outsourced to vendors.

The data was also exposed to 250 people at federal agencies, the Mexican Social Security Institute, the National Workers Housing Fund Institute, and occasionally many years ago also at the National Electoral Institute; information leakage therefore has several fronts.

Ronny Chieng holes in the US tax system