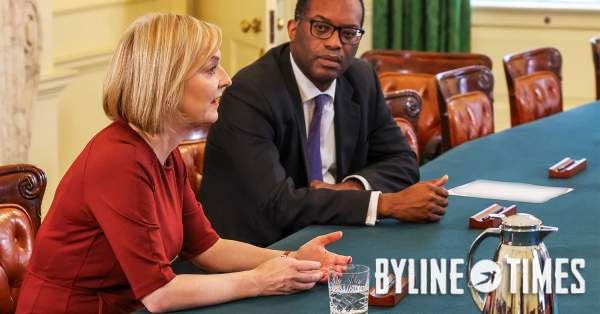 The government’s now notorious September 23 “mini-budget” is a salutary lesson to governments around the world about what can go wrong when a non-transparent approach to tax policy is adopted.

The events of the past week are a powerful advertisement for governments of all hues to follow international best practices in tax transparency.

The largest set of tax cuts in 50 years, announced suddenly at a time of inflation, concentrated on high income groups, made it one of the most sweeping fiscal events in British history. It was accompanied by little explanation, data or consultation. Chancellor Kwasi Kwarteng’s budget statement was a classic example of what governments should avoid when formulating fiscal policy.

Imagine for a moment a world where governments agree to follow principles on due process, data requirements and clearly explained tax policy objectives before announcing tax packages. In an ideal world, such processes would be part of a broader commitment to nurture a national debate about the value and importance of tax policy as a a public good to create prosperous, sustainable and inclusive societies. In such a world, the debacle and embarrassment of the past week could have been avoided.

In modern Britain, it looks like a pipe dream, light years away.

Yet it is precisely this world of good tax governance that the major multilateral institutions (the Organization for Economic Co-operation and Development, the International Monetary Fund and the World Bank) are trying to cultivate. We got a taste of it when the The IMF called the Kwarteng package “untargeted”, running counter to monetary policy and likely to “increase inequality”.

Governments have multiple benefits from following a comprehensive and systematic approach to tax transparency. These include: to improve the performance of the tax system in achieving stated policy objectives; to improve tax morality, the willingness of people to pay taxes, public trust and the broader legitimacy of a tax system; and manage expectations by signaling to markets and other stakeholders the direction of the political journey, the reasoning and the calculations behind it.

Tax transparency for governments has until recently received far less attention than the need for transparency for corporations and those who profit from tax havens. International transparency standards dealing with these issues now operate through various mechanisms. The Truss administration has demonstrated why governments’ transparency about their tax policy is just as important.

reckless impetuosity has become an unfortunate feature of the style of government of administrations on both sides of the Atlantic in recent times, particularly in fiscal matters. Hastily assembled tax bets like the Kwarteng package can hurt the long-term economic prospects and position of a nation, threatening international contagion and international prosperity and stability.

The British episode raises the question of how can the international community discourage reckless measures that pose such risks simply to to further enrich a small number of already wealthy people?

Fortunately, such a mechanism has recently been developed. On August 2, the General Council of the annual meeting of directors of the Global Initiative for Fiscal Transparency (GIFT), which includes the IMF, World Bank and OECD, unanimously approved a new set of transparency principles for tax policy and administration.

If these principles had been widely used in recent weeks, it would have been clear that the Kwarteng package had breached the majority of them, potentially sparing UK consumers, households and businesses. disastrous consequences.

The government lack ask the independent Office of Budget Responsibility (OBR) to cost its tax cut plans, or publish the estimated data projections accompanying them (which has become standard practice in economic policy British).

The proposal would have been the subject of a simple two hours of discussion with limited ministerial colleagues. A policy, accompanied by limited data, explanations and devoid of parliamentary and external control is, as we have seen, a recipe for market turmoil, economic difficulties, international concern, while increasing the potential for political U-turn.

Even the three most basic of new principles – the right to information on tax measures, inclusive consultation and the association of clear objectives and estimates of future revenue with tax measures have been flouted in the Kwarteng package. A total of 10 of the 14 new principles relevant to last week’s announcement have been violated.

As contributing authors of the new principles and their the underlying researchwe would only expect to see such a level of poor performance in failed states plagued by corruption, with barely functioning tax systems.

Liz Truss and Kwarteng have demonstrated the need to discourage even large economies from embarking on reckless fiscal debacles. The rise of ideologues and opaque lobbies makes this more urgent. International principles of tax transparency can reduce the risk of such damaging episodes.

OUR JOURNALISM DEPENDS ON YOU

A new type of journal – independent, fearless, outside the system. Fund better media.

Don’t miss any story! Sign up for our newsletter (and get a free edition published for you)

Our main investigations include: empire and the culture wars, Brexit, crony contracts, Russian interference, the coronavirus pandemic, democracy in danger and the crisis in British journalism. We are also introducing new color voices to Our Lives Matter.

Grace offers free tuition to families with adjusted gross income of $65,000 or less