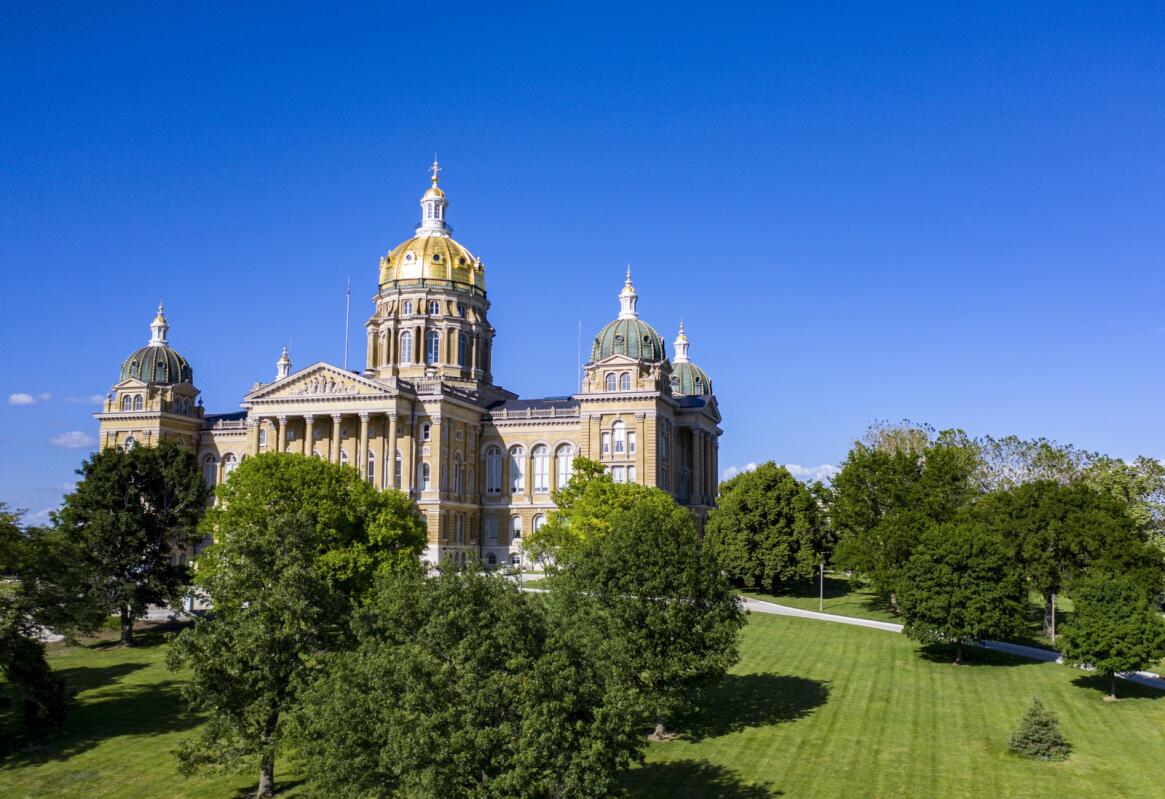 The exterior of the Iowa State Capitol building is seen in Des Moines on Tuesday, June 8, 2021. (Andy Abeyta/The Gazette)

When the US Census Bureau released its 2020 data, it confirmed that Iowa’s population growth was anemic. Our overall population grew 4.7%, but the report acknowledges that most of those gains occurred in a few metros and suburbs, while 68 of Iowa’s 99 counties lost people. In fact, two-thirds of our counties peaked in the 1950s or earlier.

To add to our population problems, we face the most acute labor shortage in a generation. Eventually, if Iowa employers can’t find skilled workers here, they will move elsewhere. It’s a sobering fact for those of us who like to call Iowa home.

The Iowa Business Council focuses on efforts that help attract, retain and re-engage a talented workforce. We know that addressing important issues such as rural broadband, affordable childcare, and workforce housing will play a critical role in making our state a better place to live and to work. However, there is a major policy initiative that has the potential to accelerate Iowa’s path to a much stronger future. That opportunity is tax reform.

Iowa currently ranks 38th nationally for overall business and personal tax climate. To be more competitive, legislators must focus on providing a simple and transparent tax structure that will grow Iowa’s economy. Gov. Kim Reynolds’ proposed flat tax on personal income would make Iowa one of the 15 most competitive states in which to live and work in the country. Under the plan, individual rates would begin to gradually decline in 2023, culminating in a 4% flat tax for all by 2026.

On the business side, the Governor’s plan paves the way for a possible 5.5% flat tax while codifying specific performance standards and safeguards before cuts can occur. For each fiscal year in which net corporate income tax receipts exceed $700 million, the excess will be used to reduce the top tax rate for the following year. This is a cautious approach to begin to address one of Iowa’s most harrowing economic realities.

From a corporate rate perspective, only New Jersey and Pennsylvania charge more than we do. This is a major barrier to entry for potential businesses that might otherwise consider locating in our state and for current Iowa businesses looking to expand.

Taken as a whole, this tax reform proposal is great news for employees and job creators. Companies of all sizes and all individuals will benefit from the new flat tax policies. If passed, good news like this doesn’t stay silent for long. This will be a major recruiting tool for attracting businesses to Iowa, while ensuring that we retain businesses that have helped our communities thrive.

Modernizing our tax system will not only save current residents hard-earned money, but will make Iowa a more attractive place to live and do business. Our state is in a strong economic position. Iowa has a budget surplus of $1 billion and $1.2 billion in its taxpayer trust fund. Now is the time to push forward tax cuts for all Iowans.

Joe Murphy is executive director of the Iowa Business Council

Having a bank account is not always the norm

The main reasons why you can benefit from debt consolidation