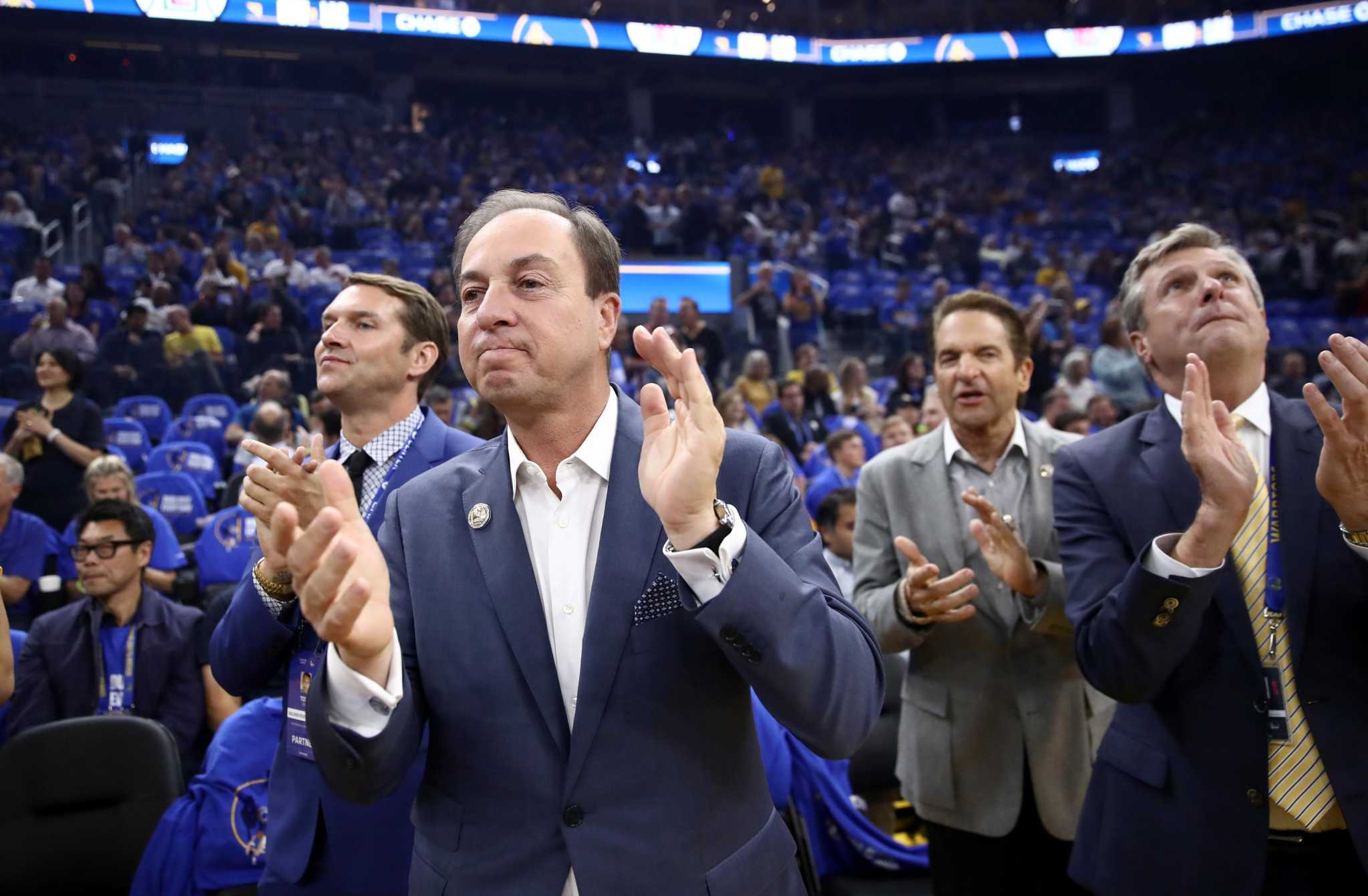 During an appearance this week on the “Point Forward” podcast with Andre Iguodala and Evan Turner, Lacob took issue with people who called Golden State’s last championship a “checkbook title.”

Although some NBA fans may believe the Warriors have an unfair advantage as they could afford a league-record $170 million in luxury tax, Lacob sees it differently.

“The hardest thing of all is navigating this luxury tax, unfortunately,” Lacob said on the podcast. “I returned to New York this week for union meetings. I’m on the committee. And you know obviously the league wants everybody to have a chance and right now there’s a certain element there that believes we’re ‘winning on the checkbook’ we won because we have the more salaries in our team.

“The truth is, we’re only $40 million more than the luxury tax. Now, that’s not small, but it’s not a huge number. We’re over $200 million in total because most of that is due to this incredible criminal luxury tax.

“And what I consider to be unfair, and I’m going to say it on this podcast and I hope it comes back to whoever is listening…and obviously it’s selfish for me to say that, but I think it’s a very unfair system because our team is built by – the top eight players are all drafted by this team.

Iguodala responded by pointing out that the Warriors traded for Andrew Wiggins, who was arguably Golden State’s second-best player — behind Stephen Curry — in the playoffs.

“Good,” Lacob said. “And we have guys that weren’t drafted, and we found and developed in Santa Cruz. We didn’t have a free agent that wasn’t a minimum. Not one. All the minimums, the guys we brought in this year.

“So the only guy you could justify us spending more than the competition, that’s not fair, is that we turned (Kevin) Durant into one guy who turned into Wiggins, and that worked very well. But they all blamed us for doing it, said he was overpaid and (we) got a bad deal. So you can’t have it both ways.