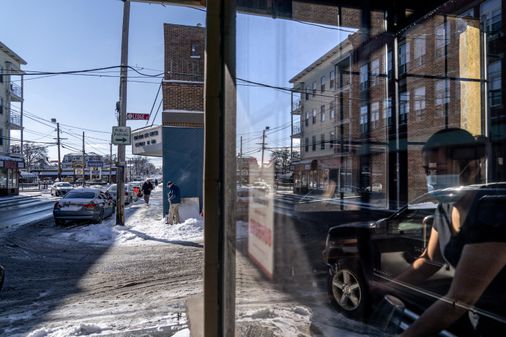 PROVIDENCE – Property taxes are the largest source of local revenue in Rhode Island, yet cause imbalances in municipal services, such as affordable housing construction, K-12 education and economic development, according to a report recently published by the Rhode Island Public Expenditure Council (RIPEC).

The report, “A System Out of Balance: Property Taxation Across Rhode Island,” which was released early Tuesday morning, found that there is a stark difference between the tax burdens of resident homeowners, non-resident homeowners and businesses.

“Rhode Island’s less affluent communities simply don’t have the land wealth to adequately fund municipal services — especially K-12 education,” said Michael DiBiase, President and CEO. of RIPEC, and pointed out that Central Falls, Pawtucket and Woonsocket had the least land wealth. to help fund schools. “This glaring lack of land wealth has led these communities to impose relatively high taxes on residents, and particularly tenants, who are least able to pay.”

Tax policy choices, classification differences and homestead exemptions shift the tax burden from resident owners to businesses and tenants, the report says. Higher tax burdens on non-residents and commercial rates applied to apartment buildings make housing less affordable for “those who need it most” and discourage the development of more affordable, higher-density housing, said DiBiase.

DiBiase explained in an interview with the Globe that while looking back on Rhode Island’s history, most property taxes were paid by large industrial properties. But over time, a system based on business and industry shifted to one less based on property and more value was placed in the hands of residents. Then, he said, it became difficult to respond to landlords who bear a greater share of the tax burden.

“In a post-industrial society, [businesses] have more options for where and how to expand their business,” he said. “Property tax incentives for specific projects have sought to provide relief, but have failed to address the main problem – the high tax burden imposed on businesses.”

Now that many companies can “work from anywhere” thanks to the promotion of remote work, DiBiase said this is one of the issues that worries RIPEC.

“Commercial property is stagnant, but there is an uptick in residential values,” he explained. “We’re worried it’s going in a direction where we can’t fix things.”

RIPEC provided a number of recommendations to state and local decision makers in the report. DiBiase said state policymakers should consider how the state’s education funding formula could be reformed to better address disparities in housing wealth, and should promote tangible reform by reducing municipal reliance on with respect to property tax collections.

The report also says municipalities should seek to “minimize the use and impact of property tax classification and homestead exemptions.”

“We need a system that will be fairer. Less wealthy cities already have high tax rates and lack the resources to raise funds,” he said.