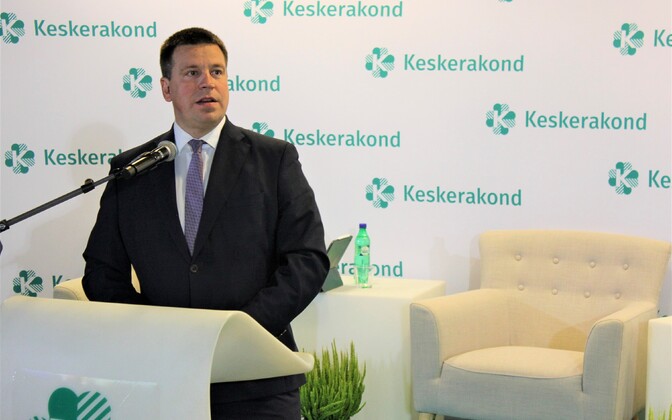 “The tax system is an instrument with which we can reduce inequalities and poverty and increase the standard of living for all and the competitiveness of businesses. The overall tax burden determines the volume of public goods,” said Ratas, opening the conference titled “Our choice – what kind of Estonia do we want?”

Ratas added that the structure of taxes, that is, the share of tax revenue collected through the taxation of production, income, consumption and property, also has an important impact.

â€œWe remember how many people doubted the reform increasing the amount exempt from income tax. With hindsight, however, it is clear that people with lower than average wages did indeed have more money in their hands and, according to the OECD, inequality in Estonia has decreased, â€said the president of the junior partner. of the bipartisan government coalition, according to a press release.

“An equally good example is that of excise duties, the timely reduction of which has considerably increased our common income,” he added.

Over the past decade, the way people do business, work and consume has changed dramatically, Ratas said, adding that the sharing economy, electronic services, cross-border commerce, forms of telecommuting and volunteering have become new forms.

â€œIf we look at these changes from a tax perspective, there are still more questions than answers: who and how should we tax and who is consuming these services? said Ratas.

â€œAt the same time, it is clear that Estonia must remain competitive in the world, and do so in the wind of dizzying global changes of course. I mean the direction towards environmental sustainability, innovation and digitization that we have taken in the European Union “, said the former Prime Minister.

Ratas added that by this he also meant the proposed introduction of a minimum corporate tax rate, which was only recently requested by the G7 states.

“In my opinion, it is wise for Estonia not to resist change or to follow the last, but to adapt among the first and to help others to implement the change. It is also possible to win thanks to that, â€Ratas added.

Social tax should be paid in Estonia also on dividends and rental income, businessman Indrek Neivelt said at an economic conference of the Center Party on Tuesday.

â€œA person pays out of their income, but basically nothing is paid out of dividends and rental income, that’s not fair. We tax the labor but we don’t tax the passive income,â€ Neivelt said. “A normal society would do the opposite, motivate people to work, not just sit idly by and do nothing.”

Neivelt said all income should be subject to the same social tax. However, the tax could be capped at a certain level, such as the president’s salary.

“All people pay social taxes on all their income. It does not discriminate against those who receive high wages,” he added.

Neivelt also said taxes should be used to motivate people to lead healthier lives. A large portion of healthcare spending is currently spent on treating lifestyle-related illnesses, he said. Therefore, individualized social taxes could be introduced, with people with lifestyle diseases paying a higher social tax.