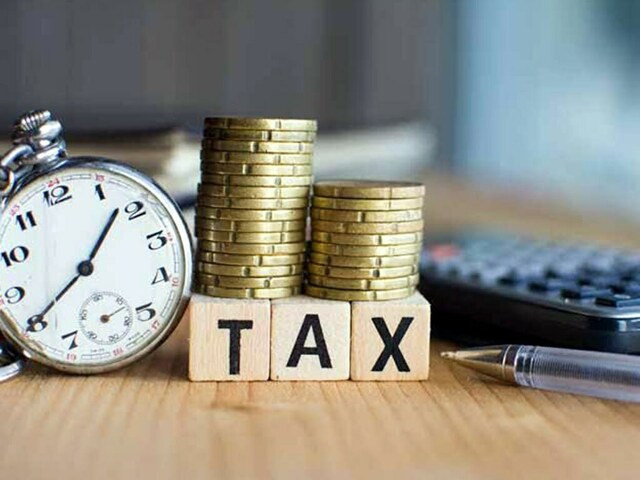 Tax reform is a policy implementation by the government whereby some changes are made in the tax system to overcome the shortcomings and improve the efficiency of the tax administration in the country so as to generate higher tax revenue through relative to overall expenditure. . Does our economy operate according to this definition? By speaking of “tax”, we are, of course, disclosing something that is extremely “disliked”.

It is not only the case of Pakistan and Pakistani taxpayers, but this syndrome is very present in the rest of the world, including countries like the United States.

The main objectives of taxation are to raise revenue in an equitable manner and to support the industrial sector through variations in tax rates. Compare the tax-to-GDP ratio. Compared to countries like China, Egypt, India and Malaysia, Pakistan has a relatively low tax to GDP ratio.

However, this is more than Sri Lanka, Indonesia and Bangladesh combined. High tax evasion, anomalies and concessions in the tax structure, and shortcomings in tax administration have led to lower revenue but also created poor public perception of the tax system.

We Pakistanis are generous with zakat, donations, etc., but our moment of concern is that out of a population of 220 million, only 2.1 million people file taxes and, interestingly, only 9% of our people pay direct taxes, while the remaining 91% of the country’s population is outside our direct system. An honest declaration of income is all the more essential when it comes to liability to income tax. We haven’t been faithful enough as a nation to find out what we have and have. I am referring to the growing tendency of taxpayers to hide their true income and misrepresent their tax returns.

In the current situation, while the declaration of actual income is not the norm, it is simply not possible for the tax authorities to reduce tax rates. To broaden the tax base, Pakistan needs more tax filers. If everyone paid their share, we could collect twice as much tax as we do today and spend it more efficiently on public goods.

Some incentives may be granted to encourage more people to file their tax returns: an individual taxpayer filing a tax return for the first time is exempt from audit for the first three years. Second, if an individual has been a registered taxpayer for at least three years, they will be exempt from verification if the declared income is 20% higher than the previous year.

There is a basic principle — there will be no income tax in our society unless justice is established in our society. There is a process of progress and improvement everywhere, but in the case of Pakistan, we are going in the opposite direction, from progress to deterioration. Over the past seven decades, we have tried to introduce reforms that were never carried through. Consequently, the economic base is still fragile despite the introduction of tax reforms. There are fundamental reasons why our tax base is not increasing. The first reason is our tax literacy.

The tax literacy rate in our country is well below average, and within that number are those who can simply understand the complications of tax laws. When such is the state of literacy in our country, we can very well judge how well our people or otherwise taxpayers will be equipped with proper understanding and education of our tax laws and compliance. While talking about the evolution of the tax culture in our country, we will have to launch a massive tax literacy campaign.

The complexity of tax laws and their effects is another factor in not increasing the tax base. If we disregard the general low level of tax literacy of the population, the difficulty of fully understanding tax laws due to their intricacy and complexity becomes massive and multifaceted.

Tax regulations have just been simplified to make them easier to understand and apply. To simplify the tax code, a concentrated effort with a strong will is necessary. As stakeholders in today’s tax environment, we should all share responsibility for developing and disseminating a shorter, easier and simpler tax code. It is true that legal texts are difficult to draft. It must be admitted that no work can completely eliminate the complexity of the law, but considerable efforts must be made to reduce its tone and texture.

Large corporations are another reason not to broaden the tax base. Pakistan’s wholesale and retail sectors have the lowest tax rates. This sector is characterized by high taxation and tax evasion. According to a recent report by Planet Retail, the retail market in Pakistan has exceeded $152 billion, making the sector the country’s third largest contributor to GDP and its second largest employer.

According to the Federal Board of Revenue (FBR), the retail market represents 18% of GDP. Meanwhile, its contribution to the public treasury is a meager 3.9%. It has long been understood that the only way to get these retailers into the tax net was to digitize transactions and keep tabs on purchases and sales at these retailers. The latest idea was that under FBR’s new POS system, the details of each transaction would go directly to the council and they would be able to calculate and charge the tax accordingly.

Interestingly there will be a lot of development in the country because it’s routine in the world that your point of sale system is linked to your tax collection agency, and I think that’s going to be a huge development for this government if this point of sale system is successfully implemented. Let me give you an example. India’s population is six times our population. They have a retail sector worth US$690 billion.

We have about $152 billion. Four times more than us. If we are talking about per capita income or GDP, then they have US$1,750 and we have US$1,190; there is a difference of US$560. Surprisingly, their organized sector would be around 20 to 25%. We are still far from reaching this level. They were like us for a while, but they took it seriously and they got ahead of us. We need to take action if we want to make our point of sale more efficient. We should educate our people about the point of sale system and also reduce tax rates.

We must also consider our fiscal aspect: why we can control it; we can improve it; we can tax wealth; we can tax the rich; instead of subsidizing the elite class without having a proper mechanism to give more benefits to the poor than the rich, we have to think for ourselves how fast these indirect taxes are growing in our country. Second, we need to control our spending.

Our budget deficit has climbed to 7% of GDP. We have to see in Argentina that they have imposed a wealth tax for the next two years. We also need to think about how long we will be dependent on these indirect taxes. There’s no rocket science in this thing.

There will be no country, except our country where these indirect taxes have exceeded 75% (disease from which we have suffered since 1980), where we will have reached the required tax target. The fundamental question is whether we have achieved the objective. How did we get there? If we achieve this by increasing the tax target by taxing FMCG by increasing the general sales tax, then, in my view, that’s not a big success for us.

The following factors contribute to our country’s low tax revenues: a narrow tax base, devaluation, foreign aid, the informal economy and low tax literacy. Our country has a large conventional agricultural sector as well as other “hard to tax” sectors such as small businesses and the underground economy. Tax literacy is by far the most critical factor in tax collection performance, and documenting the economy is the backbone of a functioning tax system.

A literate tax base provides the documentation. Low per capita income indicates unequal income distribution and high unemployment. Indirect taxes have a negative impact in countries with unequal income distribution, therefore, in the case of Pakistan, the direct tax base should be broadened rather than the indirect tax base, because Pakistan has more income inequality. Obviously, tax exemptions or low taxation in the agricultural sector affects the rest of the economy and results in a significant loss of revenue for the government.

Tax collection requires consistent implementation, which is only possible with political stability. Indirectly, taxes and the rule of law are linked. A country with a stable public order situation would attract more investment and create more jobs, which would increase the purchasing power of consumers who are effectively taxed. Raising citizens’ awareness of the benefits of paying taxes, which enhances tax morale, should be seen as a long-term policy impact.