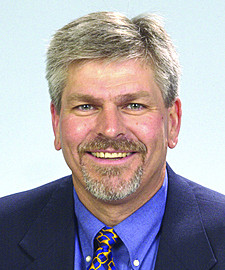 The most recent USDA Farm Sector Income Forecast, released Sept. 1, forecasts an increase in net farm income for 2022. Net farm income in the United States, a broad measure of farm profitability, is currently forecast at $147.7 billion, up 5.2%, or $7.3 billion, from $140.4 billion in 2021. This increase contrasts with the USDA’s initial February estimates which forecast a $5.4 billion (-4.5%) decline in net farm income and, if realized, would represent the fourth consecutive year of improved net farm income. However, when adjusted for inflation, net farm income in 2022 is expected to decline $0.9 billion (0.6%) from 2021, but remain 42% above the 20-year average. years of $104 billion in inflation-adjusted dollars. The report also finds the largest increase in production spending ever in numerical and percentage terms, up $66 billion across the agricultural economy (18%).

Direct government payments are projected to decrease by $12.8 billion, or 49.7%, between 2021 and 2022. The decrease corresponds to reductions in USDA pandemic assistance, which included payments from coronavirus food aid and other pandemic relief to producers, and non-USDA pandemic relief programs, such as funds from the Small Business Administration’s Paycheck Protection Program.

From 2021 to 2022, federal payments through USDA’s pandemic relief initiatives are projected to fall by $6.7 billion, from $7.5 billion to $0.78 billion, or 89%, and non-USDA pandemic aid is expected to disappear altogether, a difference of $8.47 billion from 2021. In addition to the reduction in pandemic-related payments, the Market Facilitation Program, which offered a series of direct payments to farmers and ranchers affected by trade retaliation, ended in 2021 and will no longer be part of net farm income going forward. Cargo insurance claims are expected to increase by 50% in 2022, or $5.6 billion, from $11.2 billion to $16.8 billion.

A significant portion of the increase in net farm income is related to an expected increase in cash receipts from crop and livestock production which is projected to increase by 21% or $91.7 billion in 2022 in nominal dollars. Projected higher commodity prices across the board project higher cash inflows. Corn receipts are expected to increase by 16.7% ($11.9 billion), soybeans by 30.6% ($14.9 billion) and wheat by 33.7% ($4 billion). ). These three crops account for the bulk of projected increases in cash receipts. 80.4% of the increase in cash receipts is expected to be related to price increases, compared to only 9.3% related to changes in volume. Some of these commodity price increases can be attributed to the conflict between Ukraine and Russia. Ukraine is the seventh largest producer and fourth largest exporter of maize for the 2020/21 crop year. It is important to note that each USDA forecast is based on a one-time calculation based on certain benchmark commodity prices. The magnitude of the projected increase in cash receipts is likely related to a period of record benchmark prices and may not reflect the price received for crops at harvest. On the livestock side, total animal/animal product receipts are expected to increase by $55.3 billion (28.3%) to a total of $251 billion based on high prices for all species. Some of this increase is temporary, due to the increased number of cattle being marketed due to the drought and increased input costs.

The USDA has released the most recent estimates of net farm income for 2022, providing an initial estimate of the financial state of agriculture. For 2022, the USDA forecasts an increase in net farm income from $140.4 billion in 2021 to $147.7 billion, an increase of 5.2%. Much of the net farm income in 2022 is expected to come from crop and livestock cash receipts, a record increase in production costs and reduced ad hoc government support, which will lead to an overall increase in net farm income. intended. Farmers and ranchers face an uphill battle despite increases in net farm income. One of the biggest concerns is increased operating costs, especially for fertilizers and other inputs. Other concerns stem from the effects of inflation and crop uncertainty. These issues will test the ability of farmers and ranchers to reach above break-even levels in 2022.

Ron Kern is the director of the Ogle County Agricultural Bureau.