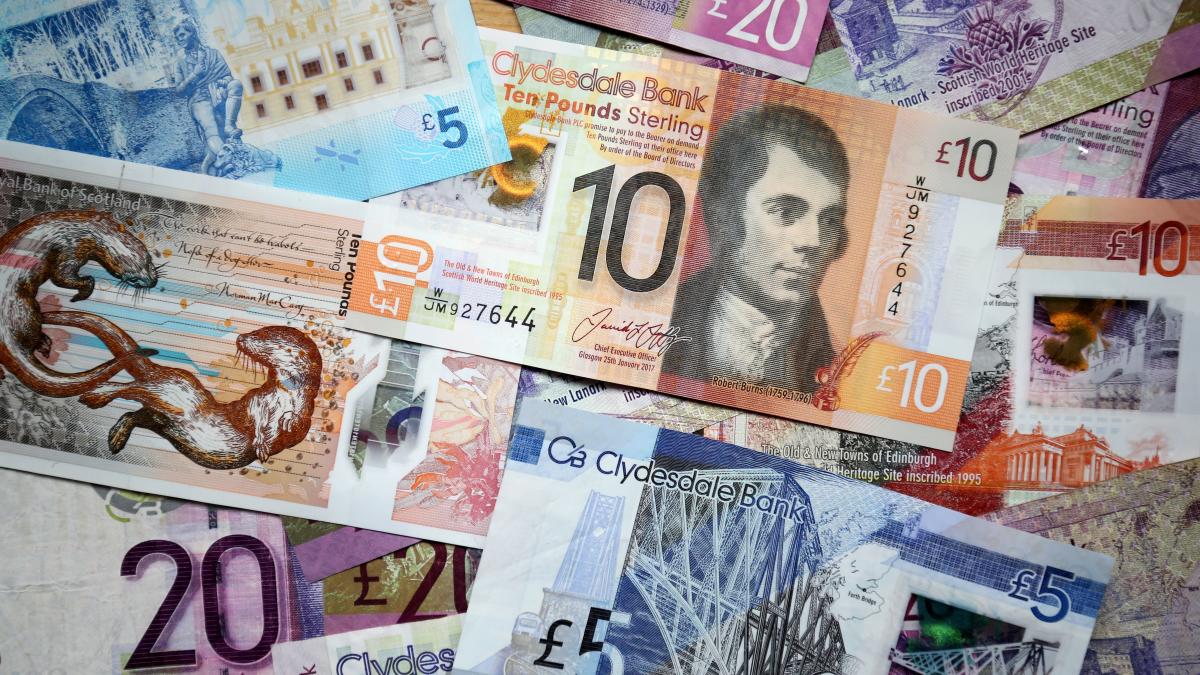 Scotland’s tax system is not fit for the future and needs a complete overhaul, according to a new report.

A paper by think tank Reform Scotland argues that tax revenue will need to rise in coming years to meet continued pressures from aging populations and to fund the initial investments needed to mitigate climate change.

He said the scale of the revenue required means that “traditional adjustments” – such as income tax or national insurance – will not be sufficient.

The report’s author, Heather McCauley, said the tax system will need to be completely overhauled, rather than just tinkering with current tax rates.

She said: “Scotland will face increasing pressure on its public finances in the years to come, both from global issues such as climate change and the pandemic recovery, but also from local issues such as Scotland’s demographic challenge.

“Having studied the tax systems in countries of similar size around the world, from New Zealand to Scandinavia, it is clear to me that the current structure of the Scottish tax system is not fit for the future.

“In short, Scotland needs to start over. It needs a new and fairer tax system that focuses more on immobile tax bases such as wealth and less on mobile bases such as employment income.

“This new system must be used to generate reasonable and sustainable increases in overall tax revenue to meet the challenges of the rest of the 21st century.”

The paper – titled Taxing Times: Why Scotland Needs More and Better New Taxes – points out that National Records of Scotland (NRS) projections predict that Scotland’s population will begin to decline in 2028 and shrink by 1 .5% by 2045 while the UK population will increase by 5.8%.

The report says that when considering how to use its existing tax powers, raise new taxes or advocate for further tax decentralisation, Scotland needs to look at the tax system as a whole and be clear where it is heading.

The climate crisis and the wider environmental crisis mean that fossil fuels and other environmentally harmful subsidies built into the design of existing taxes must be removed “as a matter of urgency” and that all taxes, whether on the environment or not, must be assessed for their environmental impacts, according to the report.

Reform Scotland director Chris Deerin said: “Taxation is one of the most controversial and difficult issues in politics. Most people would prefer to pay less, but we live in a time of increasing demands on the public purse.

“Scotland’s overall population is aging while our working-age population is shrinking. We need to find new revenue just to meet existing commitments, even if new commitments also come online – like funding a national healthcare system.

“Meanwhile, the Covid outbreak has driven up national debt levels and governments are also trying to help households through the cost of living crisis, with its impact on heating bills, racing weekly and mortgages.

“As Heather McCauley points out in this report, it is very difficult to see how Scotland can meet its future commitments – whatever its constitutional status – without reviewing the tax system, who and what we tax, and what should be the good balance. be.”

Finance Secretary Kate Forbes said: “The current devolution regulations limit the extent to which the Scottish Government can make significant reform of the tax system.

“As outlined in the Reform Scotland report, the vast majority of taxing powers remain reserved to the UK government, as do many key economic policy levers such as migration. Independence would put the power to decide the Scottish tax system in the hands of Scotland.

Ms Forbes continued: ‘The Scottish Government has used the powers at its disposal to create a fairer and more progressive tax system in Scotland, protecting those on low and middle incomes while generating additional revenue to support the economy and provide the widest range of public services available anywhere. in the UK – including those not available in England, such as free prescriptions and free university tuition.

Scotland needs to rethink its tax system and claim claims