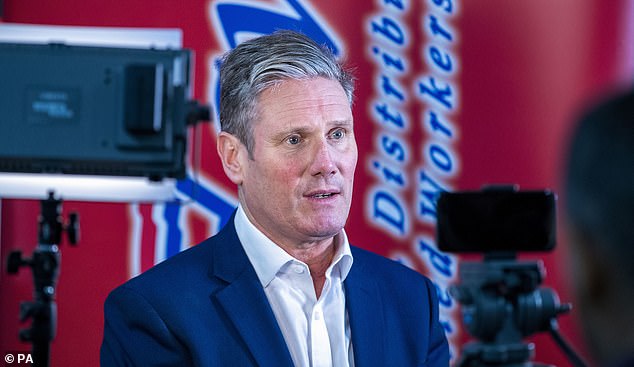 By Daniel Martin Policy Editor for the Daily Mail

Sir Keir Starmer yesterday opened the door to an income tax hike if Labor wins the next general election.

He said in an interview that if he became prime minister he would put in place a “fair tax system” for working people.

The Labor leader dodged the question when asked whether this included an increase in the top rate of income tax, currently 45p payable on income over £150,000.

He did not reject the suggestion, simply saying he would present Labour’s full tax plans before the election.

There has been speculation that Sir Keir hopes to revive the 50p top tax rate imposed by the last Labor government.

His comments came a day after he pledged to target the middle classes with share and dividend tax hikes if he wins the next election.

The Labor leader described the Prime Minister’s National Insurance hike as ‘the wrong tax at the wrong time’.

He told BBC Radio 4’s Today program he would target “equities and dividends”, although he said it was too early to give details. 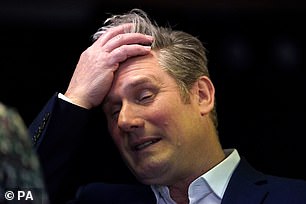 Sir Keir said: ‘We would have a fair tax system that looked holistically at how people make their money, not just workers at work, not just business people paying National Insurance.

“Stocks, stocks and dividends, we would consider a fair tax system to raise the necessary funds.”

Asked how he would raise the £12billion, the Labor leader said: “We would be fair to workers.

Yesterday Labor appeared confused over whether it wanted to reverse the 1.25% National Insurance hike.

But when asked on Good Morning Britain whether Labor would abandon him if he won an election, Sir Keir said: ‘I don’t know what the state of the economy will be then.’

“We will outline our plans when we get to the elections, in full. We have defined the principles that will apply – it will be a fair tax system, especially for workers.

“But at this point, two years from now, I don’t know what the state of the economy will be.”

However, Miss Reeves said: ‘The costs of everything in the shops are rising which is why we need an emergency budget and the National Insurance contribution increase must be scrapped.’