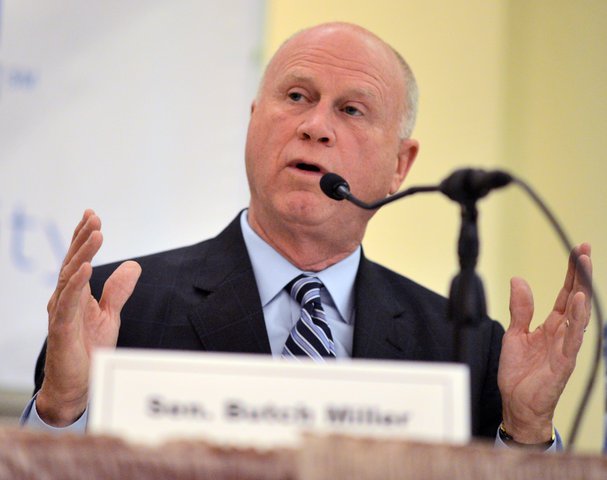 Repealing income taxes could also put more people back into the workforce, Miller said, and a consumption tax system would broaden the tax base and compensate for lost income. The bill, currently pre-tabled for the January 2022 legislative session, does not specify any consumption or sales tax. He said models from other states show that the increase in activity would also help to compensate.

â€œA consumption tax would broaden the tax base and make people pay for what they consume rather than what they earn,â€ he said.

Miller said the state currently brings in around $ 9 billion through income tax.

Some are skeptical that repealing state income tax would be worth the price.

Danny Kanso, senior fiscal and fiscal policy analyst at the Georgia Budget and Policy Institute, wrote in an emailed statement that the state had taken nearly $ 14 billion – half of the state’s budget – from taxes on the income of individuals and companies during the current fiscal year.

“The repeal of income tax would not only lead to a fall in state revenues, but would also likely lead to a violation of its constitutional responsibilities by the state to provide things like adequate public education for all children.” Kanso wrote. â€œWishful thinking and baseless projections of new jobs and economic activity is not a strategy to increase income, and the elimination of income tax would leave Georgiaâ€¦ without a means to fund services and programs. ”

Local Representative Emory Dunahoo, R-Gillsville, has been trying to repeal state income tax for six years through his proposed “FairTax” bill, which would also repeal income tax in favor a consumption tax which, according to Dunahoo, would be â€œincome neutralâ€. “The consumption tax would remove tax exemptions and be like a” sales tax on steroids, “which could be as high as 8-10%, he said.

â€œEveryone paysâ€¦ for everything they buy,â€ Dunahoo said of the FairTax system. “But you are removing all the exemptions so that the money goes back to the state budget.”

When asked about Miller’s new proposal, Dunahoo said he would like to see a more specific plan from Miller on how to compensate for lost income and that Miler had not backed his FairTax legislation before.

Dunahoo said it had not been able to pass its FairTax legislation in the past.

Other Hall County officials have said they will support the repeal of the state’s income tax. Rep Timothy Barr, R-Lawrenceville, said he’s been a long-time sponsor of Dunahoo’s FairTax legislation. â€œWe need to stop taxing productivity here in Georgia,â€ Barr said. â€œIt would certainly take a lot of work to get there and ensure we keep a balanced budget, but I think extensive research shows that it can be done and that it would be a fairer tax system. “

Miller said the policy is worth implementing as Georgia has a revenue surplus. In September, the state declared a surplus of $ 2.2 billion, even after filling its rainy day fund.

Consideration of a minimum corporate tax