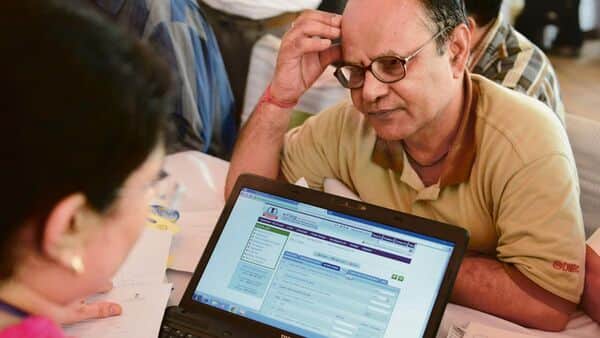 Tax Filing: 5 Reasons Why You Should File Your ITR on Time

There are currently seven ITR forms available for different categories of taxpayers.

ITR Form 1 (Sahaj) and ITR Form 4 (Sugam) are simpler forms that cater to a large number of small and medium taxpayers. Sahaj can be deposited by a person with an income of up to ₹50 lakh and who receives income from salary, real estate/other sources (interest, etc.). Along the same lines, Sugam is filed by individuals, Hindu Undivided Families (HUFs) and corporations (other than Limited Liability Partnerships (LLPs)) with a total income of up to ₹50 lakh and business and professional income calculated under the flat tax provisions.

Additionally, individuals and HUFs with no business or professional income (and not eligible for Sahaj filing) can file ITR-2 while those with business or professional income can file the form ITR 3. Persons other than individuals, HUF and corporations, i.e. partnership companies, LLPs, etc. can file Form ITR 5. Businesses can file Form ITR 6. Trusts, political parties, charities, etc. who claim income exempt under the law can file the ITR-7.

The IT department said on Saturday: “The deadline to file the ITR is approaching! Remember to file ITR for AY 2022-23 before July 31, 2022. Do it today and avoid the stress of filing at the last minute.”

Here are five reasons why you should file your ITR on time:

Since the launch of the electronic income tax filing portal in June last year, there have been several occasions where the system has encountered technical issues and glitches which have further disrupted the filing of income tax returns. taxpayers’ income, or any other tax liability for a brief time.

Earlier this month, on July 2, the Income Tax Department said it noticed taxpayers were having problems accessing the ITD e-filing portal. Infosys, which is the provider of the e-filing portal, said there had been irregular traffic on the portal for which proactive measures were being taken.

It has been noticed that taxpayers are having problems accessing the ITD e-filing portal. As informed by @Infosys, they have observed irregular traffic on the portal for which proactive measures are being taken. Some users may be inconvenienced, which is unfortunate.

Last month there was another malfunction in the functionality of the e-filing website. Not to mention, right after the launch of the portal on June 7th last year, it faced many issues in its operation. There has therefore been a history of technical problems with the e-filing portal.

Thus, it is always best to be prepared and file your RTI on time or probably well before the deadline to avoid any possibility of glitches that could delay your filing process. There can be a huge traffic of last minute ITR depositors on the system.

A last-minute rush to file an ITR can open up the possibility of mistakes and mistakes that could cause your returns to be rejected by the department. Untimely filing of an ITR was considered one of the errors that can lead to an error.

Some of the most common errors are – filling in incorrect ITR forms, quoting the wrong assessment year and incorrect personal information such as name, date of birth, PAN and bank details. In addition, there may also be factual errors, calculation errors, incorrectly mentioned income and additional details of investments and other income, among others.

It is always better to have enough time before filing your RTI. It helps you to be calm and ready to carefully file and double-check your documents.

In addition, the ministry directs that rectification may be made of tax liability, total gross income, total deduction and personal information by taxpayers on the e-filing portal.

If you do not file your ITR on time, then you will be required to pay a certain amount as a penalty to the ministry.

Section 234F of the Income Tax Act says, “without prejudice to the provisions of this Act, where a person required to furnish a return of income under section 139 fails to do so within the period prescribed in paragraph (1) of the said section, he shall pay, as a fee…”

There are ₹Penalty of 5,000 if the returns are provided by December 31 of the tax year. While the pain will be ₹10,000 in all other cases.

It should be noted that if the person’s total income does not exceed ₹5 lakh – then the fee payable under this section shall not exceed ₹1,000.

You can carry forward your losses:

If you file your tax return on time, then you can carry forward your losses to future years. There are two types of loss adjustments.

In accordance with the IT law, if during a year the taxpayer has suffered a loss from any source under a particular head of income, he is then authorized to adjust this loss against income from any other source under the same head. . The process of adjusting the loss of one source under a particular income item against the income of other sources under the same income item is called an intra-head adjustment, for example Business Loss Adjustment A relative to the profit of company B.

In addition, it is explained that if, in a year, the taxpayer has suffered a loss under one head of income and he has income under another head of income, then he can adjust the loss by one chief against the income of another chief, for example, the loss under the chief of the property of the house to be adjusted on the wage income. This is called an inter-head adjustment.

However, in particular, losses can only be carried forward if the statement of income/loss for the year in which the loss is incurred is provided no later than the due date for the provision of the ITR, in accordance in section 139(1).

The ITR filing helps you with your TDS claims:

Tax withheld at source (TDS) is a very common deduction from an individual’s wages or income from other sources. However, TDS can be claimed by filing ITR. During e-filing, a taxpayer must add up their income from various sources, which will incur a tax liability, and then subtract it with the amount of TDS applied to your income. If a taxpayer’s TDS is greater than their total tax payable in a fiscal year, that means the refund is owed by the government. For TDS, a taxpayer will need to submit Form 16 which can be used by their employer.

By depositing ITR on time, you can receive your TDS refund in your bank account within months.

Catch all the trade news, market news, breaking events and the latest updates on Live Mint. Download the Mint News app to get daily market updates.