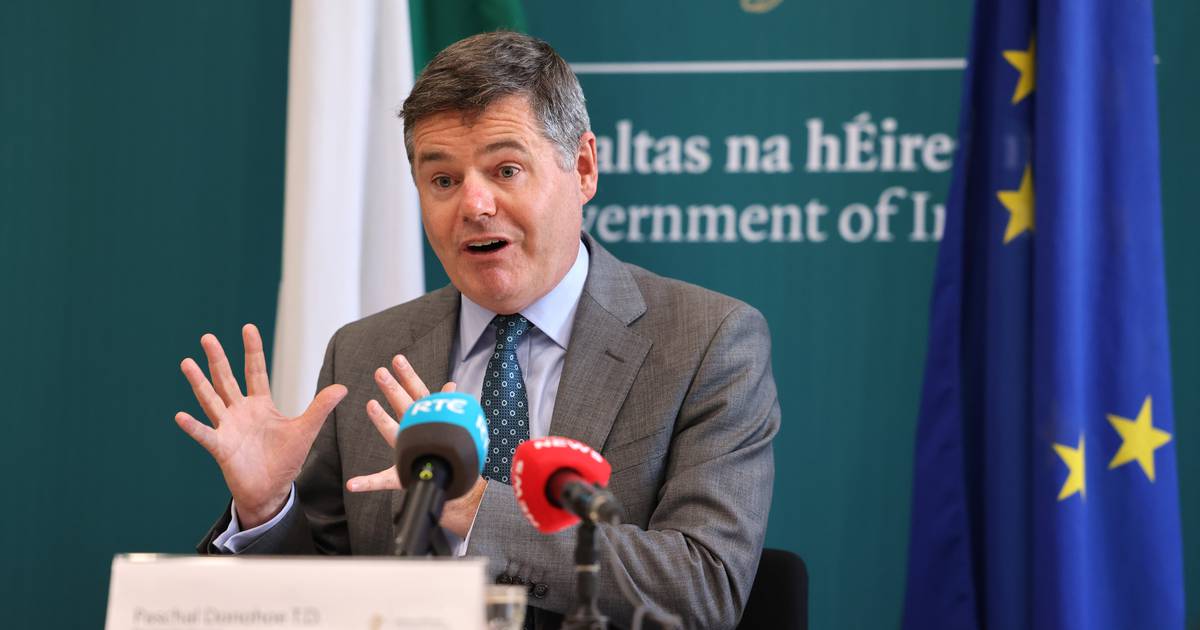 An external shock to the multinational sector in the republic could have “serious repercussions” on public finances, a government report has warned.

The Treasury Department’s annual tax report said two of the state’s most important revenue streams, income tax and corporation tax, were now heavily concentrated around a narrow base employees and a handful of large companies, creating a “potential vulnerability” at the heart of the Irish tax system. He noted that around 500,000 taxpayers and just 10 companies accounted for more than a third of the €68.4 billion in taxes generated last year.

“Although income tax and corporation tax have proven stable during the pandemic – and have seen substantial growth during the recovery – the tax base of the two income streams remains very narrow,” says the report. He also warned that the risks inherent in the two tax bases were linked since more than 30% of income tax revenue and about 80% of corporate tax revenue is linked to foreign multinational companies.

“As such, a shock to FDI [foreign direct investment] would have significant negative implications for public finances through the two largest streams of state tax revenue,” he said. The government has been repeatedly warned of the concentration risk in corporate tax here, but the concentration risk inherent in the income tax system has received less scrutiny.

The report noted that the distribution of tax liabilities in the Republic was “significantly skewed in favor of high earners”, with the top 25% paying around 80% of income tax, while one in four taxpayers paid no little or no income tax. Employees of foreign-owned multinational companies accounted for about a third of all tax revenue. A shock that would affect the multinational and/or the top of the wage scale would have an extremely severe impact on income tax yield, the report warns.

Energy crisis: are companies ready to deal with blackouts?

Last year, corporate tax revenue was €4.4 billion (41%) higher than before the pandemic, mainly reflecting the importance of “climate-proof” sectors. pandemic” (pharma, med-tech, ICT) in Irish economic activity, according to the report, while Income tax receipts were €3.7 billion (16%) above their level immediately before the pandemic. “The resilience of the labor market, supported among other things by remote working in tax-rich and knowledge-intensive sectors, has been the key factor in the robustness of revenues,” he said.

The department’s report also provided a retrospective review of the extraordinary level of fiscal support the government has provided during the pandemic.

At 48 billion euros, more than a fifth of national income, the scale of this intervention was unprecedented, he said. The strong economic recovery that followed, notwithstanding the current inflation crisis, and the absence of any significant “scars” suggest that this approach was the appropriate course of action, the ministry concluded.

Finance Minister Paschal Donohoe said the report was an important contribution to discussions on how tax policy can respond to economic challenges and would complement the work of the Tax and Social Protection Commission.

“The analysis shows that, although the overall figures are very positive, our tax system contains significant structural vulnerabilities, particularly in terms of income tax and corporate tax. It is critical that we rebuild our fiscal buffers to ensure we are able to weather future shocks that may impact these revenues,” he said.