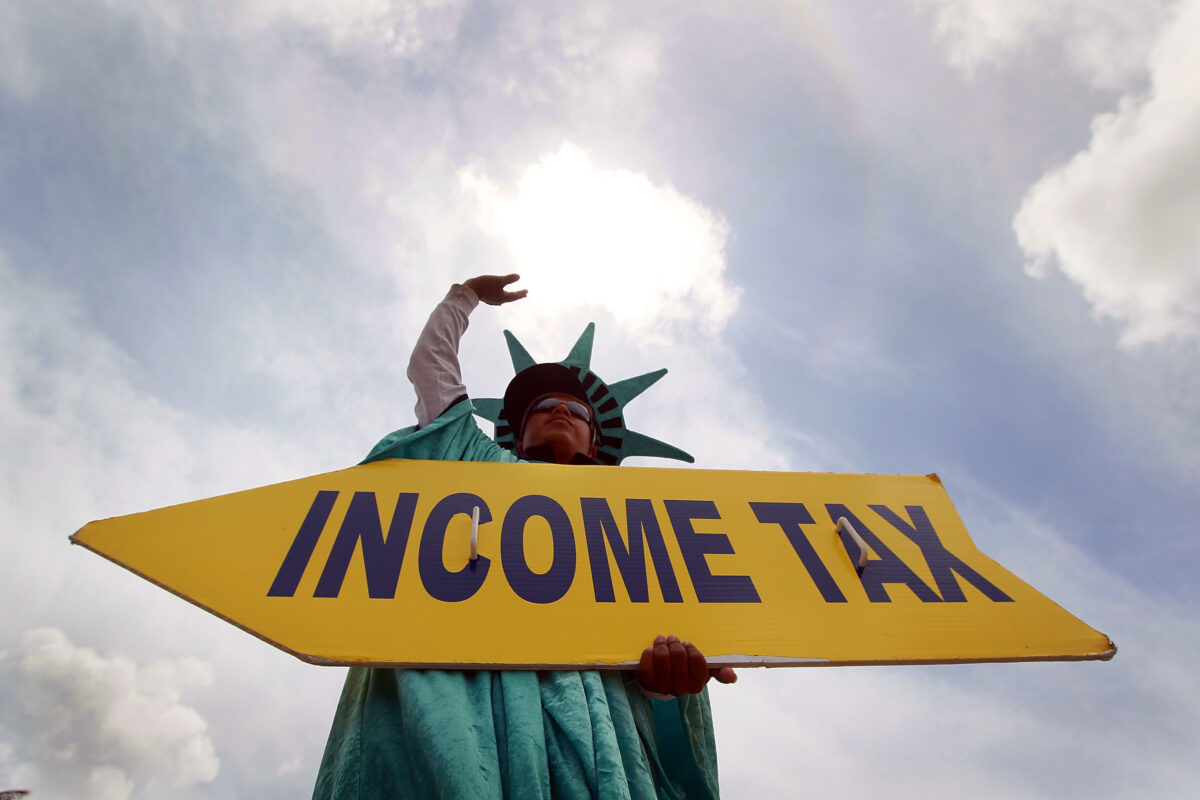 IRS state-to-state data tracking migration shows that the blue states saw a net outflow of hundreds of thousands of taxpayers who took nearly $ 27 billion in gross taxable income with them in the Red States.

The most recent IRS migration data shows that during the years 2017-2018, 399,892 net taxpayers and their dependents left the Blue States, defined in this case as those in which the State House and Senate are controlled by the Democrats.

The figures are based on 2018-2019 tax returns and tax exemptions, reflecting the flows of people from state to state in 2017-2018. The IRS views tax returns as a proxy for households, while exemptions are a good approximation of the number of individual taxpayers and their dependents.

The nearly 400,000 taxpayers and dependents – just over 0.1% of the US population – who left the Blue States took with them $ 26.8 billion net of adjusted gross income taxable to the Red States.

The main beneficiary of the exit from the Blue State was GOP-controlled Texas, which saw a net influx of 114,818 taxpayers and their dependents, as well as an increase in gross income of nearly $ 4 billion. .

Interstate migration flows are influenced by a number of factors, including crime rates, employment opportunities and housing costs. A routine Census Bureau survey asks people who travel any distance the main reason for their decision to move, including employment, housing, going to college, crime, or to join a loved one.

The most popular picks in 2019-2020 (xls), ranked by popularity, were “looking for a newer / better / larger house or apartment”, followed by “new job or job transfer”, “to establish own household”, “other family reason “, Rent” and “wanted cheaper housing”.

â€œThe Census Bureau does not ask movers about taxes. But some of the 19 choices may reflect the influence of taxes, â€the institute wrote in the analysis. â€œFor example, people moving for housing reasons may consider the level of property taxes, as these taxes are a standard item listed on home sale notices. Likewise, people who move for a new job may factor in the effect of income tax if they move, for example, between a high-tax state like California and a state without income tax. like Nevada.

Nevada was one of seven blue states that saw a net influx of people, welcoming 31,238 taxpayers and their dependents, as well as just over $ 2 billion in gross income. Most of the people who moved to Nevada were from California.

According to the report of the Tax Foundation state-local tax burden analysis, blue states generally have a higher effective local tax rate than red states.

A Recent Rasmussen poll showed that a majority (55%) of likely voters nationwide prefer a smaller government with fewer services and lower taxes.

Tom Ozimek has extensive experience in journalism, deposit insurance, marketing and communications, and adult education. The best writing advice he’s ever heard is from Roy Peter Clark: â€œHit your targetâ€ and â€œleave the best for lastâ€.