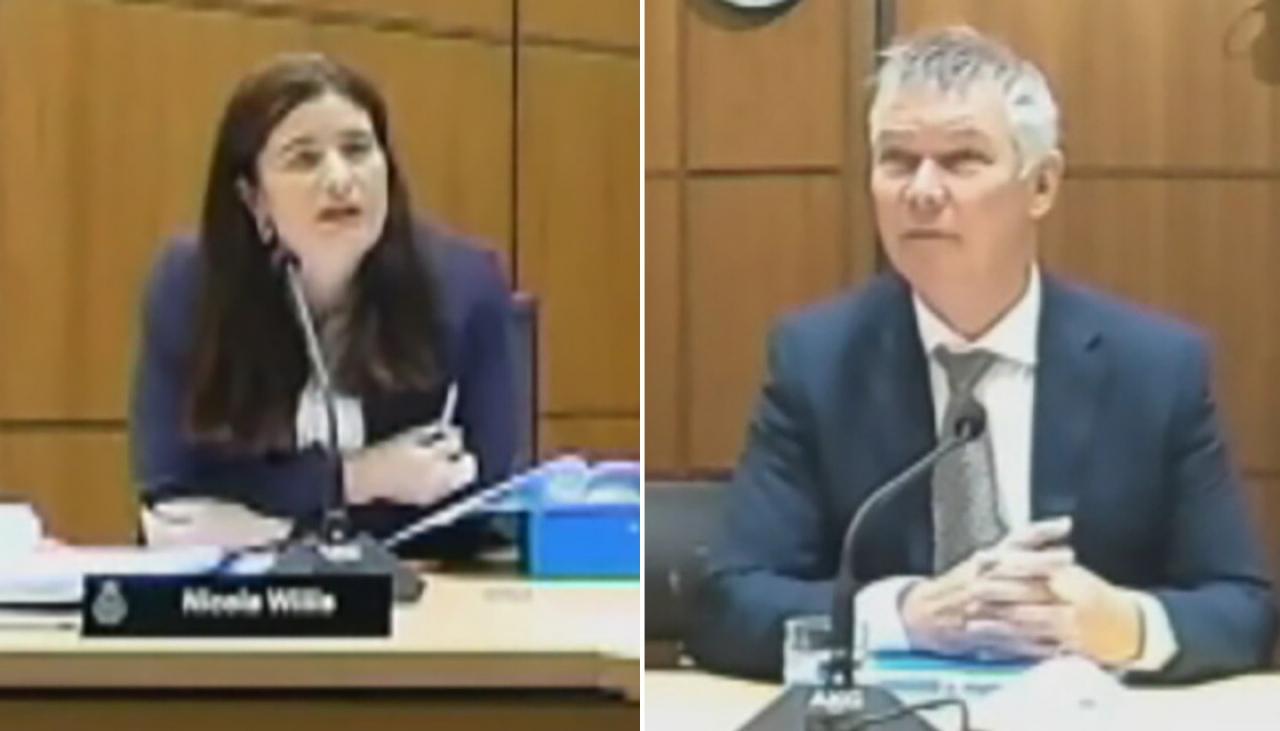 The problem with New Zealand’s tax system is not ‘where groups sit’, says David Parker as National pushes for inflation adjustment

In April, David Parker gave a speech titled “Shedding light on the injustice of our tax system”, in which he revealed that the tax department was collecting more information about the country’s tax revenue, in particular the contribution of the wealthiest New Zealanders.

“We have virtually no idea what tax rate the very wealthy are paying,” Parker said at the time.

“As wealth concentrates in the hands of a smaller and smaller cohort at the top, more and more of their earnings, and a greater proportion of national income, are represented by returns to capital.”

He also announced a Tax Principles Act, outlining the core values ​​of New Zealand’s tax system, including that there is “a degree of overall progressivity in the rate of tax paid”.

National’s Nicola Willis asked Parker on the finance and spending select committee on Wednesday if he’s sought advice on the impact that bracket slippage and inflation are having on the progressivity of the system.

“I obviously understand that inflation causes a fiscal slowdown. I understand those principles and I don’t need any additional guidance to understand them,” he said.

“I think the main problems with the progressivity of the tax system are not so much in the tax brackets as in the income that we don’t see and don’t know if it’s being taxed, so my goal has been to ‘try and get better information about it.’

A progressive tax system is one in which those with higher incomes pay a higher tax rate than those with lower incomes.

After the 2020 election, the government also introduced a new tax rate of 39% for income over $180,000. National has promised to remove this if elected to government.

Willis asked Parker why it was relevant for the government to investigate the level of capital gains received by wealthy Kiwis when it had previously ruled out a capital gains tax.

The minister said it was fair to say that a CGT was ruled out, but “the information is very relevant for tax policy to understand if the tax system is fair”.

Although he said his department was not currently working on new taxes and that the government would not introduce the term one, Willis asked Parker to rule out any work on new taxes when he receives a report on the system next year.

“If you’re trying to say whether I plan to use the department to work on a capital gains tax or a wealth tax…the answer is no,” Parker said.

“I have no intention of starting work on any other taxes because I am committed to our promise not to introduce any new taxes other than the 39% tax which raises taxes during this term of office. government.”

Parker also spoke from the Tax Task Force’s perspective on adjusting tax thresholds for inflation. The group wrote that while bracket drift can reduce the progressivity of the system, indexation thresholds can limit the fiscal flexibility of future governments.

“I think one of the reasons they recommended this is that circumstances change for the government and matters beyond its control,” the minister said.

“Clearly the biggest issue beyond the control of any government in recent years has been COVID. This has resulted in the spending of billions of dollars to support taxpayers who will one day have to be paid through the tax system. If you automatically adjusted tax brackets all the time, it would be harder to answer.”

Although Parker said in his April speech that the government had no plans to introduce new taxes, opposition parties suggested his review of the fairness of the system planted the seed for exactly that.

“But it felt like a fishing trip and I don’t really know where it is at the moment.”

Prime Minister Jacinda Ardern was then forced to reiterate that the government had ‘no intention’ of introducing a wealth tax ‘this term’ after she allegedly failed to rule it out in an AM interview in may.

In New Zealand, inflation in the March quarter was 6.9%. May’s Economic and Fiscal Budget Update (BEFU) projected annual inflation in 2023 to be 5.2% and remain outside the Reserve Bank’s 1-3% target range until 2025 .