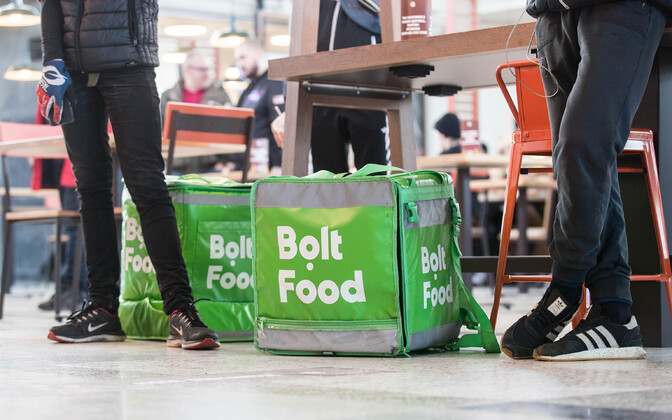 Union on Bolt: The tax system is not sustainable in the long term | New

The Postimees daily reported last week that one of Estonia’s most prominent companies, Bolt, does not view its food couriers as independent contractors, but rather as service providers, allowing the company not to levy taxes on its employees’ earnings, as well as not to provide them with social benefits or guarantees – in comparison with its main competitor, Wolt, which follows a more traditional business model and levies the ‘income tax.

Jaan-Hendrik Toomel, communications manager at the Confederation of Estonian Trade Unions, says the organization has spoken with Bolt’s couriers and found that many of them approve of the program. “They realize they can make more money this way than if all taxes were deducted,” he told ERR.

However, Toomel said, there are also couriers who disagree. Overall, the formation of a free zone blurs competition.

“If some market players have to pay the tax and some don’t, the obvious competitive advantage goes to those who don’t pay the tax,” Toomel said. “It ultimately lowers prices, but at the expense of something else. The state loses tax revenue and individuals lose pensions.”

Toomel specifies that there are two categories of drivers: those who make it their main occupation and who work as many hours as possible: “And then there are those who only do it as an accompaniment in addition to another job that provides social security,” he explained.

“Those who work less are the least interested. Their health insurance works and their pension is covered by another source. They just want to earn as much money as possible,” Toomel said. “Obviously, the circumstances are different for people who make it their main job. In this case, then there is a very strong relationship between the issues of social guarantees, competition and taxation.”

Toomel also said the EU was working on a platform work guideline: “Under which, people working through digital labor platforms are granted legal employment status as contract staff by default (emphasis in original Estonian ERR article – ed.), unless the platform itself indicates otherwise. He said the confederation supports the proposal.

Bolt started out as a sharing economy and has grown into a big business, but the new EU directive could make its business model unsustainable, Toomel said.

“It’s not acceptable if the whole business model is based on tax evasion,” Toomel said. “Are we protecting the individuals or business interests of the self-employed? If the service is not viable because it is based on tax avoidance, then that model may simply not be viable.”

Toomel said a quick resolution of the Bolt tax conundrum is unlikely. Creating a single tax structure for couriers with a primary job is a possible solution, but it takes time, he said.

Last week, the Department of Finance issued a statement in support of Bolt, on the grounds that companies that follow more innovative approaches provide a test bed for the development of new business models that can be more efficient than the most of the old ones.

Bolt is one of a dozen “unicorn” companies founded in Estonia, meaning they have a market value of at least US$1 billion.

Jaagup Jalakas, director of Bolt Food Estonia, said the company abides by the law in all countries and pays taxes accurately.

“We are one of the biggest taxpayers in Estonia, and we do not shy away from our responsibilities. Naturally, we want legal certainty, so our tax team and the tax authorities have agreed to analyze this issue in detail.”

Jalakas said that because Bolt is an information society service, the couriers who use their platform are independent service providers and are not employed by Bolt.

This article has been updated to include Jaagup Jalakas’ statement.