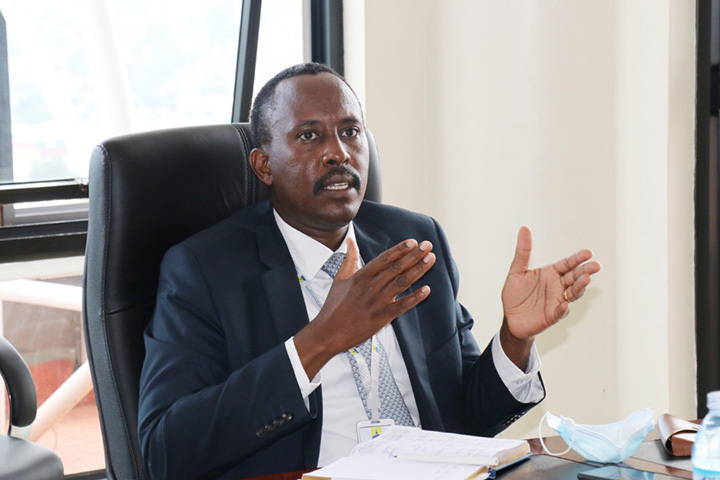 Commissioner General of the Uganda Revenue Authority (URA), John Rujoki Musinguzi, has expressed his dissatisfaction with the low collection of tax on rental income, despite a booming property sector. However, that seems about to change.

During recent meeting with big taxpayers, Musinguzi described the meager USh120b collected each year from taxes on rental income as “incredible” given the rapid expansion of the property sector. The sheer volume of real estate development in Kampala over the last 5 years indicates that much of the revenue is not being collected.

Around the same time the meeting took place, behind the scenes, the URA rolled out the fully live Rental Tax Compliance System (rTCS).

Last year the URA deployed a first pilot based on the rTCS analyzes during fiscal year 2, from September to December. The pilot consisted of two sets of scans; the first was delivered on September 26, 2021, focusing on 88 high-income non-compliant landlords in Greater Kampala and their 285 associated properties. The second set of scans, delivered on November 29, 2021, contained 2,000 non-compliant owners and their 9,521 properties.

Following the success of the pilot, the full rTCS software application went live on April 18, and training for the URA rental team began the next day.

rTCS is a complex software application used to determine the highest priority individuals or corporations likely to underpay their rental income tax obligations.

The rollout of the software follows the finance minister’s directives to the URA to broaden the tax base to ease the burden on the few compliant taxpayers.

According to the tax authority, the rTCS app has so far identified just over 70,000 unregistered owners (those without TINs) and their associated properties, and another 80,000 owners who either do not submit tax returns, either do not declare or under-declare their rent. Income. This is compared to the roughly 4,000 people the system has identified as compliant.

Sarah Muzungyo Chelengat, inland tax commissioner at the URA, says broadening the tax base is essential as the tax revenues of the few compliant owners have been severely affected by COVID-19, which has had a impact on the URA’s ability to meet its rental targets.

“Rental income collections over the past nine months from July to March 2022 have been largely impacted by COVID and many commercial properties have been closed. This implies that landlords had no rental income, and even those who could pay were not paying on time, relying on tenants’ promises to pay,” says Chelengat.

“Because of this, we had a number of taxpayers asking for an installment payment and then those who had jobs had lost their jobs but had to pay rental income to their landlords – it’s a ripple effect on the entire supply chain,” she explains.

However, since the rollout of rTCS, the URA’s focus has been on easing the burden on the few who pay, by broadening the tax base for unregistered owners.

Chelengat explains that the rTCS identifies a significant portion of the population that had never been identified before.

“Basically what we can say is the owners haven’t been in the tax net, but we’re doing check-ins to have them on board and a lot of them are actually checking in,” says- she.

The rental tax will be an important focus of the URA in the coming months to achieve its ambitious target of 21.9 trillion Ugandan shillings in revenue this financial year.

“We hope that by closing this exercise, we will be in a better position to exceed the objective,” adds Chelengat.

The private sector also called on the government to focus on unregistered homeowners to broaden the tax base and reverse the decline of the economy.

Certificate before the Committee on the National Economy on Wednesday, May 11, 2022, Private Sector Foundation Membership Director Francis Kisirinya also said that rents have low tax revenue, but the real estate sector is booming.

“From what we know about this sector, we can tell you that not even 25% is collected in terms of tax revenue. If you can’t even collect 50% of a sector, how dare you complain about not even having any money? Mubiru asks.

Mubiru says the makers want the government to exploit the use of national ID cards to track people in the informal sector so they can make tax contributions. “We have national identity cards; we can extract land data, registration data, so that we can tap into the bulk of Ugandans who have chosen to remain informal, but they are doing well,” says Mubiru.

This is exactly how rTCS works. The application integrates various types of data from selected ministries, departments and agencies to match properties in the Greater Kampala Metropolitan Area to their beneficial owners, individuals or companies, enabling the URA to integrate these informal owners into the formal economy.

Meanwhile, the bulk of Uganda’s Ush 45.6 trillion national budget continues to be financed by external and internal borrowing.